Lucknow To Jaipur, Street Art Uncovers Those Brushed Aside In Pandemic 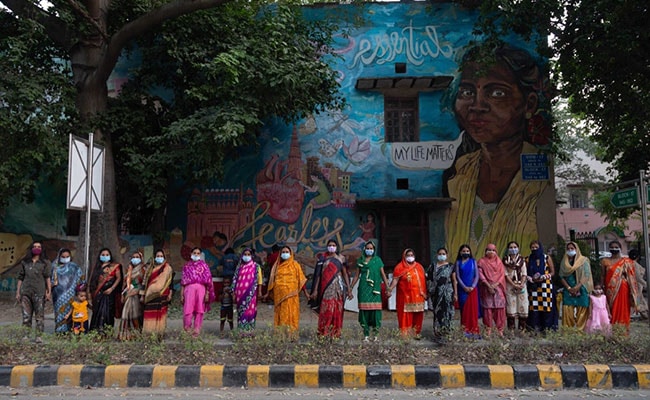 The idea of the is to take the art to the streets, the founder of Fearless said.

On a street corner in Jaipur, a mural celebrates queer love; In Delhi’s posh Jor Bagh area, a mural showcases rag-pickers; These are some of the visuals from Fearless, an artists’ collective that has been painting murals in three cities across the country – Lucknow, Delhi and Jaipur. The art pieces talk about the need to be less fearful, more inclusive and to bring people who are on the margins and the worst affected by the pandemic centre stage.

Shilo Shiv Suleman, who is the founder of Fearless, said the idea is to take out art into the streets, especially during the coronavirus pandemic when isolation is moving people apart and those who are already isolated are being pushed even further out of the public conscience. 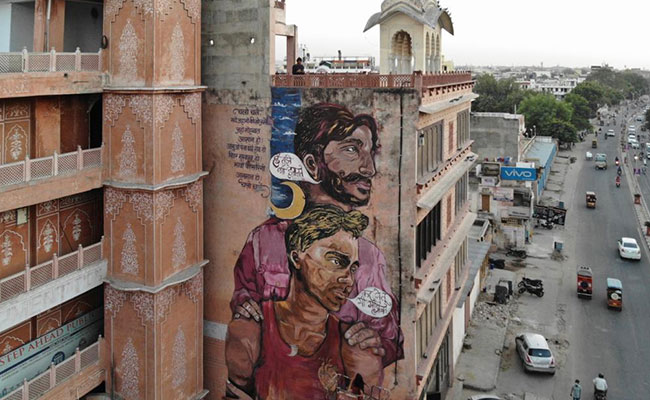 “That’s why the mural to ragpickers in Jor Bagh, for example,” she added. “When waste management is such a sensitive issue and could be a source of the spread of the virus, it’s important to remember those who help dispose of it,” she said.

“As soon as the lockdown was lifted, our mission was to re-emerge into a more loving, more fearless world. We worked with Dalit women in Delhi who are waste-pickers and LGBT community in Jaipur to claim the space for a more inclusive world,” said Shilo. 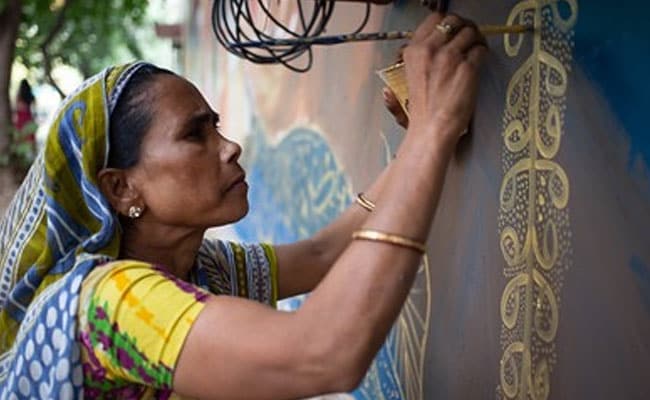 “Right now, be it the migrant labourers who are stranded or the waste-pickers in Delhi, those who are on the margins, they are more invisible now so we want to create space and monument to their stories,” she said.

In Jaipur, the mural to queer love says everyone has a right to love and be loved. Not only is the idea to challenge notions of patriarchy, but also allow the LGBTQ community to step out of the shadows of fear and claim their rights. 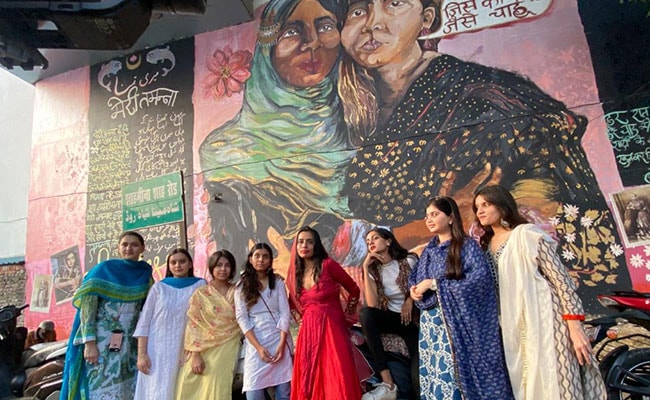 The murals that sometimes stretch several floors have certainly added character to the cities’ landscapes and have spurred curiosity among commuters, shedding light on all kinds of fear and the need to overcome it.