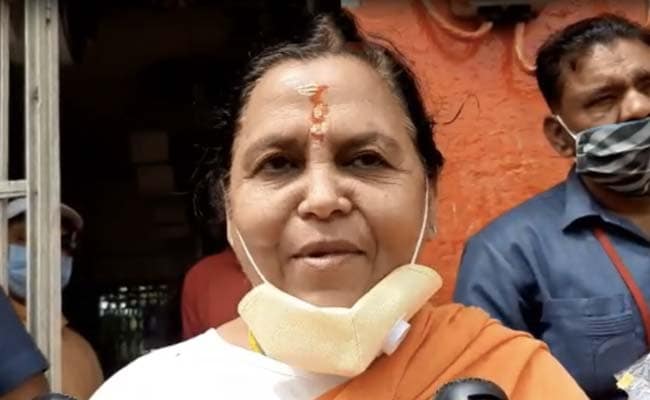 Uma Bharti said the Hathras woman had been cremated by the police in haste.

BJP veteran Uma Bharti on Friday urged Uttar Pradesh Chief Minister Yogi Adityanath to call off the police who have laid a siege around the home and village of a 20-year-old Dalit woman who was allegedly raped and died two weeks later, triggering nationwide anger.

The BJP leader, who is under treatment for COVID-19, posted nine tweets, requesting the Chief Minister to allow the media and politicians, including the opposition, to meet the family and criticised the haste with which the young woman was cremated.

“She was a daughter of a Dalit family. She was cremated by the police in a hurry and now the family and the village police are under siege,” she wrote in Hindi.

“At first I thought that I should not say anything because you must be taking action in this regard. However, the manner in which the police have laid a siege to the village and the victim’s family is concerning no matter what the arguments in its favour may be,” Ms Bharti said.

“I don’t know of any rule under which a family can’t meet anybody because of a SIT (Special Investigation Team) probe. Doing this would cast doubts on the SIT probe itself,” she said.

“We have just laid the foundation stone of the Ram Temple and have claimed to bring Ram Rajya to the country ahead but due to the suspicious actions of the police on this incident, the image of Uttar Pradesh government and the BJP has been hit,” she said.

“You have a very clean image. I request you to allow media persons and other political parties to meet the aggrieved family,” she said.

“Had I not been coronavirus positive then I too would have been sitting with the family. I will definitely meet them once I am discharged… I am senior to you and like an elder sister. I request you to not ignore my request,” Ms Bharti added.