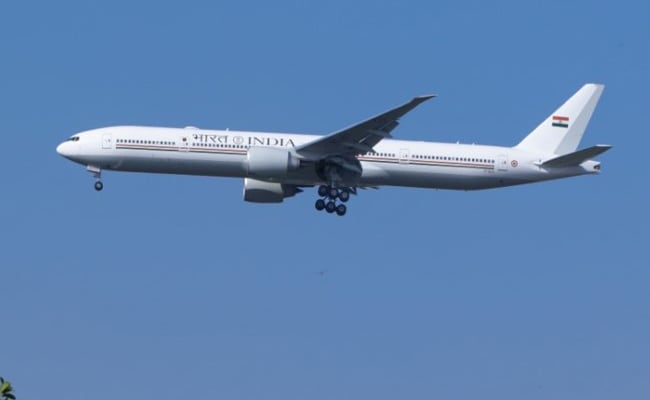 A wide-body Boeing 777 aircraft customised with self-defence and jamming features that will be used to fly the President, Vice President and Prime Minister flew all the way from the US to India today.

The white VVIP plane, two of which have been acquired for over Rs 8,400 crore, touched down at Delhi’s Indira Gandhi International Airport shortly after 3 pm this afternoon.

Whenever the President and the Prime Minister travelled long distance abroad in the past, they have relied on an Air India Boeing 747.

But these jets are now more than 20 years old and have neither secure communication equipment nor any sensors to detect and jam hostile threats such as surface-to-air missiles.

These two B 777s which have now been made a part of the VVIP fleet were being operated by Air India, albeit briefly, before they were flown back to the US and modified. They will now be operated by exclusively by Indian Air Force pilots who are training on the aircraft type at present.

The second modified B 777 is likely to arrive in some weeks.

In its civilian avatar, Boeing says its 777 has a unique combination of superior range, outstanding fuel efficiency and passenger-preferred comfort.

Warm Farewell For Sniffer Dog In Nashik After 11 Years Of Service. Watch