The six new Kawasaki motorcycles will be revealed on November 23, 2020. Kawasaki has also released a teaser video along with images. 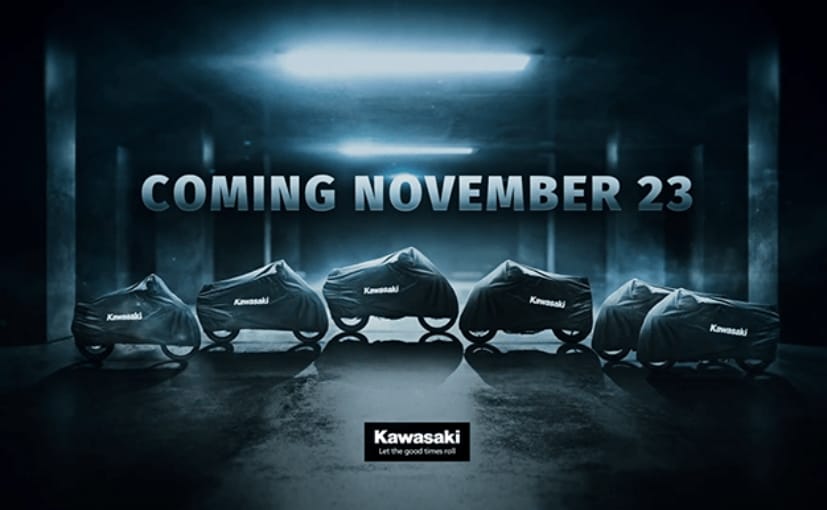 Kawasaki has confirmed six new models for 2021 with an updated Kawasaki Ninja ZX-10R expected to be among them. The 2021 Kawasaki models will be unveiled on November 23, and Kawasaki has also released a teaser video showing off just a hint of the new bikes, but with different environments where these bikes are designed to be used in. The images of the covered bikes reveal little, but clearly show six models, but a few of the covered bikes does seem to be exact replicas of the others. Could these be variants, or will they be different models of the same family? We can’t wait till November 23 to see what exactly the Japanese giant will be unveiling.

The teaser video shows opens with what seems to be a dual sport, with wire spoke wheels and knobby tyres moving from a paved to unpaved surfaces. The second bike shown in the video also wears wire spoke wheels, but the tyres seem like road-oriented rubber. The visuals show close-ups of a race track along with tyre marks, hinting towards a supermoto model. The third and fourth bikes appear to be variants of the same model, and are shown with aerial shots of a race track. These could be sport touring models. The fifth model is also shown on track but looks to be a different racetrack from the ones shown before.

The final bike is shown with shots of different terrain and an open highway, hinting that this could be an adventure model, possibly an updated Versys, or a more off-road capable Versys-X 650 or Versys-X 1000. So far, all this is conjecture, and more details will be available on November 23, when the bikes are finally revealed.

Chicken Shahi Roll: A Cheese Stuffed Chicken Kebab That Will Be The Star Of Your Party