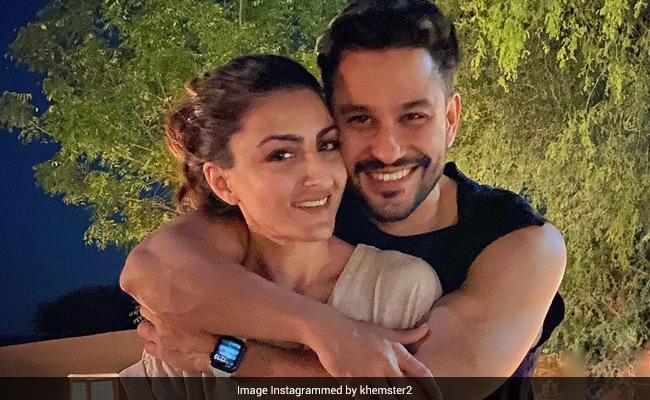 As Soha Ali Khan celebrates her 42nd birthday on Sunday, her family and friends filled up social media with adorable birthday wishes for her. The first birthday wish arrived from (no points for guessing) Soha Ali Khan’s husband and actor Kunal Kemmu. He posted a happy picture with his wife on social media and he wrote: “To the one and only who can invoke all the emotions I have and some I didn’t know I had. The smile when I am happy and the sunshine when I am low and the dictionary when I’m out of words. Happy Birthday my love.” In the comments section, Soha’s sister-in-law Kareena Kapoor wrote: “Our favourites …Have to agree on the dictionary part …I have one too.” Meanwhile, Soha’s BFF Neha Dhupia shared a few throwbacks from last year’s U2 concert in Mumbai and she wrote: “Happy birthday Sohe… The love I feel for you as a friend and the respect I have for you as a mother cannot be put down in words and more so if those words are for you because I know you’ll be judging my English. Here’s to a year filled with sugar free, gluten free , dairy free basically “free” cake and lots of conversations over coffee between 5pm and 6pm… Come back soon, we miss you loads.”

Soha Ali Khan and Kunal Kemmu got married in 2015 after dating for a few years and they welcomed Inaaya Naumi two years later in September 2017. Soha and Kunal have co-starred in films such as 99 and Dhoondte Reh Jaaoge. He also had a cameo in Soha Ali Khan’s Mr Joe B Carvalho, in which she starred opposite Arshad Warsi.