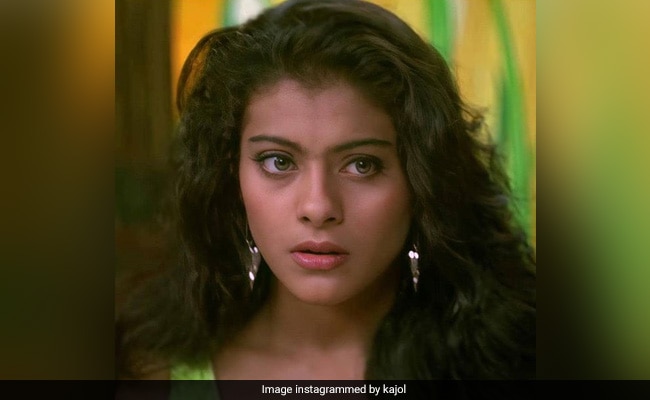 Kajol has a picture for every mood and occasion. Keeping up with the spirit of Throwback Thursday, the actress shared a picture, which appears to be from her early days in the film industry. Kajol  looks stunning in the close-up shot, which she shared on her Instagram profile. She added a dash of humour to the post and she wrote in the caption: “Is it October already? Right, anytime now you will wish me Christmas too.” She accompanied the post with the hashtag #TheYear2020. Meanwhile, Kajol’s Instafam also responded with ROFL comments. “It’ll soon be Christmas LOL,” wrote a fan. “Merry Christmas in advance,” added another fan. “This is relatable,” read another comment on her post.

As a part of her signature #MeWhenI series, Kajol decodes her expressions in the throwback pictures that she shares on social media. Take a look at some of the posts here:

On her mother Tanuja’s birthday, Kajol posted a picture with her and she wrote: “When I’m with you I’m standing with an army. Happy birthday to the one person who showed me all the avatars of a woman. Warrior, wife, mother, sister, woman, human and spirit! Happy birthday momma. Love you so much. Am eternally grateful that u chose me for a daughter…. always and forever.#foreveryourbaby.”

In terms of work, Kajol’s next project is the Netflix film Tribhanga, which will mark her digital debut. Produced by Ajay Devgn, Tribhanga will be directed by Renuka Sahane and it will also star Tanvi Azmi and Mithila Palkar.