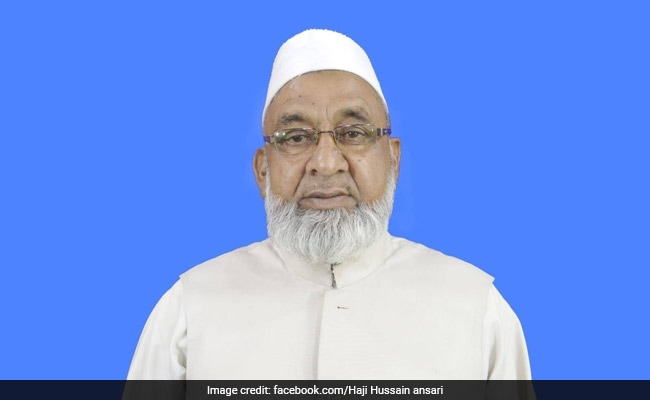 Haji Hussain Ansari died on Saturday at a hospital in Ranchi.

Mr Ansari, a senior JMM leader, was admitted to the Medanta hospital around two weeks back after being diagnosed with COVID-19.

A spokesperson of the Medanta Hospital said that Ansari tested negative for COVID-19 on Friday, which meant that he had recovered.

“Therefore, he did not die of COVID-19. He died this evening due to a cardiac arrest,” the spokesperson said.

Health Minister Banna Gupta also said that Ansari’s death did not happen due to COVID-19.

Chief Minister Hemant Soren said that he played a leading role in the movement for Jharkhand.

“He was a mass leader with a simple sense and conviction. May God gives peace to the soul of Haji saheb and gives the family the strength to endure the hour of sorrow,” he tweeted in Hindi.

Mr Ansari was a four-time MLA from the Madhupur assembly segment in Deoghar.

Union Minister Arjun Munda has also condoled the demise of Ansari and said that he was of a very simple nature.

In March, Mr Ansari and his son were quarantined at their home after they returned from the Tablighi Jamaat congregation in Delhi’s Nizamuddin.