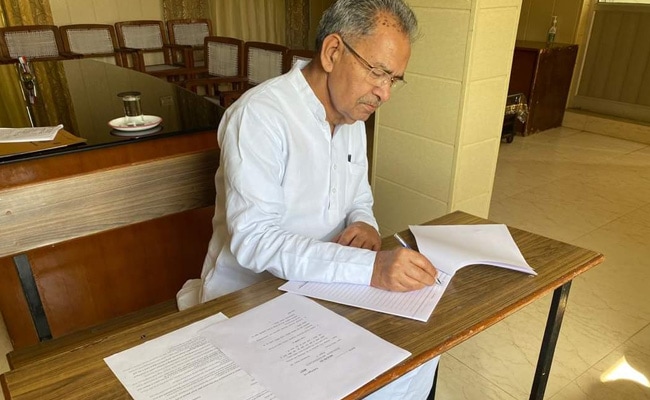 Ishwar Singh said he had done well in all his exams, according to the statement.

Ishwar Singh, 72, a Jannayak Janta Party (JJP) MLA from Haryana, has appeared for the first year exams for his post graduate degree in political science, the JJP said on Sunday.

The MLA from Guhla Cheeka, who has already completed MA in public administration and history, and law, took the exams from the Kurukshetra University, the party said in a statement.

“As a private student, MLA Ishwar Singh made good use of his time during the coronavirus-induced lockdown by studying and appearing for exams online. This Saturday, he appeared in the last paper of the two-year degree course,” the JJP said.

Mr Singh, also a former Rajya Sabha MP, said he had done well in all his exams, according to the statement.

The JJP MLA has already completed MA in public administration and history, and law, the statement said.

Before joining politics in the 1970s, Mr Singh worked a teacher for some time.

He was elected as MLA for the first time in 1977 and had only studied up to Class 10 till that time. Soon after, he was appointed as the chairman of the Haryana School Education Board.

“Though it was a great opportunity, somewhere at the back of my mind I felt that I was going to be making policies for students when I was only 10th pass,” Mr Singh said.

So he resigned from the post and decided to study further, he said.

Mr Singh said his education has helped him in politics as well.

Whenever one gets an opportunity to learn something new, one should always make good use of it and continue to progress in life, he said.

Mr Singh has had a long political career. Before joining the JJP ahead of the Haryana Assembly elections last year, he was a member of the Congress.