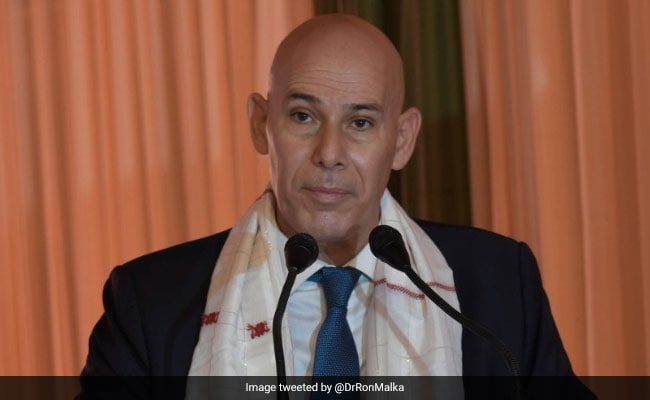 Israel Ambassador to India Dr Ron Malka is on a three-day tour to the country’s northeast.

“The Indo-Israel centres of excellence for agriculture – where Israeli agricultural technology is used extensively to improve production – would play a vital role in achieving greater income for farmers,” said Dr Malka after laying the foundation of ‘Indo-Israeli Centre of Excellence for Vegetables Protected Cultivation’ in in Guwahati in presence of Assam Chief Minister Sarbananda Sonowal on Monday.

The Rs 10.33-crore project is expected to bolster agricultural activities in Assam by giving state farmers exposure to latest Israeli technology that will help them maximize their production and income.

There are already 29 such centres active in India, where Israel shared its advancements in agricultural technology with India.

“We (Israel) are working with farmers here (in India) to become more efficient in terms of production. We realise that we need to overhaul the value chain, from the farmer to the end consumer. It’s not only that a farmer needs to increase his crop yield and use his resources well, but we also need to build on his capacity so he can come to the competitive market. Israel’s advanced technology is being used to achieve this. (Doubling farm income by) 2022 is a good vision even though it has been slowed down due to the pandemic,” said Dr Malka, who is on a three-day visit to India’s northeastern states.

Stating that the Center of Excellence would provide a major boost to agricultural and horticultural production in Assam, the Chief Minister added, “The center would add to government’s efforts to double farmers’ income through infusion of technology in agriculture, agri business and food processing.”

In his speech, Israel’s Ambassador to India Dr Ron Malka underlined the close friendship between the two countries even in their fight against the COVID-19 pandemic.

Israel has supported India’s decision to amend its farm laws – opposed by farmers who continue their protest – saying it would support its key ally with technology to “overhaul its entire value chain”. Dr Malka had earlier said farmers would see the benefits of these changes “after the dust settles”.