According to latest rumours out of Japan, both Honda and Yamaha may be working on 250-350 cc touring machines, which could be unveiled soon. Latest rumours from Japan suggest that Honda may be looking to introduce a smaller version of the Honda Africa Twin, and the new bike could well be a rebranded Honda CRF 250 L Rally, which will be called the Honda CRF 250 Africa Twin. According to Japanese publication Young Machine, which by the way, seems to be quite accurate in its predictions and scoops, Honda may be working on an entry-level Africa Twin model, based on the Honda CRF 250 L Rally. The 250 cc version of the adventure touring model will extend the segment, and hopefully give a better market share as well. 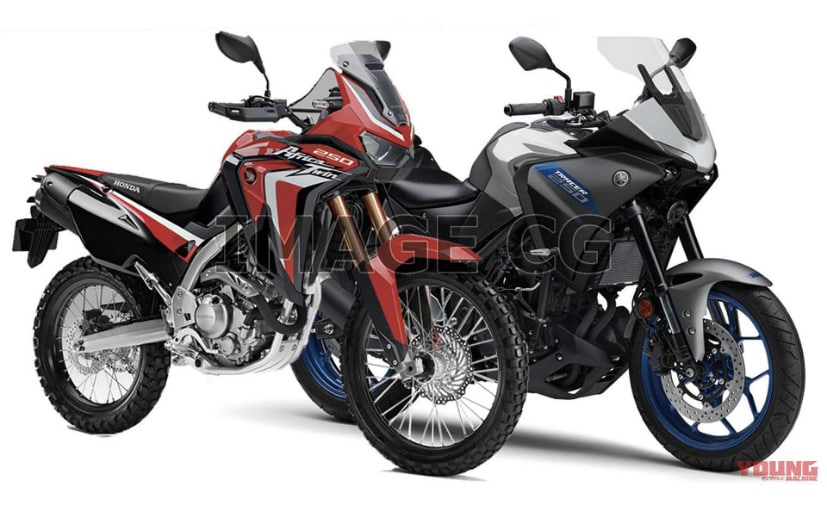 The CRF 250 L Rally is an out and out dirt bike, but giving it the Africa Twin name won’t be just a naming exercise, but also make it more touring and adventure friendly. So, bigger fuel tank, more comfort, and of course, the famous Africa Twin name may give it wider appeal. And it will be able to take on the likes of the KTM 390 Adventure, and even the Royal Enfield Himalayan. So, will a small Africa Twin be appealing enough for the global motorcycle market? Honda certainly seems to think so, and the motorcycle industry also seems to be slowly warming up to the idea of lightweight and more affordable do-it-all adventure bikes, rather than heavy and expensive machines.

Along with the 250 cc Africa Twin, the Japanese publication is also hinting at a similar sized touring machine from Yamaha, possibly a small capacity Yamaha Tracer or Yamaha Tenere. For the Yamaha machine, the suggestion is that the 321 cc, parallel-twin engine used in the Yamaha YZF-R3 may be re-tuned to be more torque for adventure duties and make its debut on a smaller 300-350 cc touring machine. So far though, there’s no confirmation from either Honda or Yamaha about any such developments, but we won’t be surprised if more news begin to trickle out from Japan along these lines.

2021 Kawasaki Z250 Unveiled With New Colours And Upgrades For Japan