Irfan Pathan’s First Look As An Interpol Officer In Cobra, His Debut Film 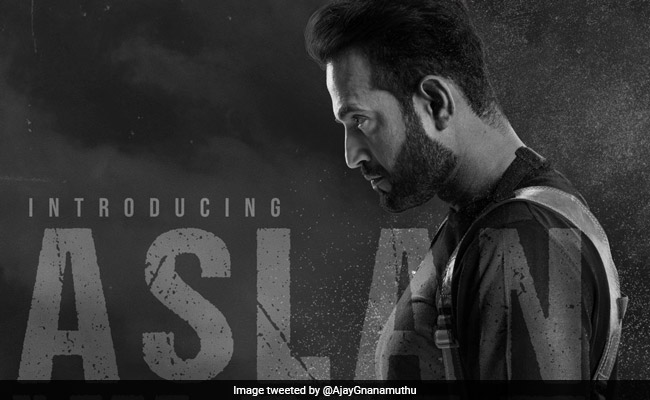 Former cricketer Irfan Pathan is all set to make his acting debut with a supporting role in upcoming Tamil movie Cobra, the cast of which is headlined by Vikram. On Irfan Pathan’s birthday on October 27, Cobra director Ajay Gnanamuthu shared his first look from the movie as a special gift. “Wish you many more happy returns of the day dear Irfan Pathan. Super happy to have met and worked with such a warm and a caring person like you… Wishing you only the best in the year ahead,” Ajay Gnanamuthu wrote for Irfan. The first look poster features Irfan Pathan in an intense look – dressed in all black, he can be seen holding a gun. Irfan Pathan plays the role of a French Interpol officer named Yaslan Yimlaz in Cobra.

Wish you many more happy returns of the day dear ⁦⁦@IrfanPathan⁩ sir Super happy to have met and worked with such a warm and a caring person like you.. Wishing you only the besttt in the year ahead 🤗🤗🤗 #Cobra#HBDIrfanpathan#AslanYilmazpic.twitter.com/JBwIlbzGJM

Earlier this year, the film’s team had to call-off their shooting schedule mid-way in Russia because of the COVID-19 induced lockdown and travel restrictions. “Packing up shoot in Russia halfway due to the travel ban rules by Indian government,” Ajay Gnanamuthu had tweeted.

After shooting resumed, Irfan Pathan shared glimpses of his character from the film’s schedule in Kolkata:

What an Interpol officer doing in Kolkata?? #shoot#movie#cobra#throwback@AjayGnanamuthupic.twitter.com/0pucSw5VLH

In Cobra, Vikram is said to feature in multiple avatars, a glimpses of which was shared in the film’s first look poster in February. All the characters played by Vikram – from a politician to a professor, will have a common connection.

The sci-fi thriller Cobra was initially slated to hit screens sometime in May 2020, which inevitable got delayed because of the coronavirus pandemic. Music for Cobra has been composed by Oscar-winning music maestro A R Rahman.