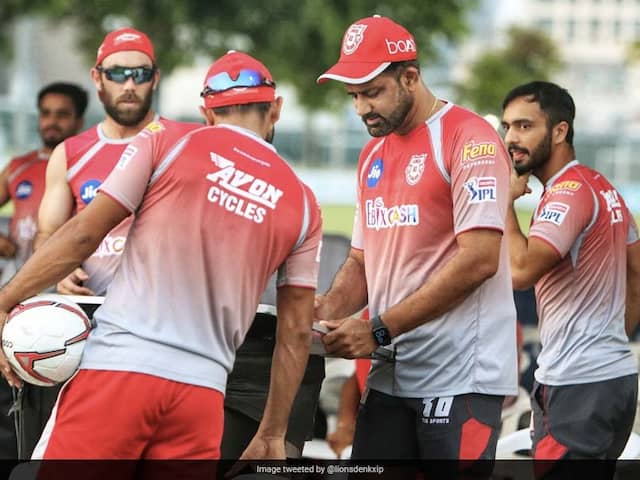 
Ahead of the match against Mumbai Indians, Kings XI Punjab (KXIP) coach Anil Kumble said that the side will have to bring their “A” game if they want to defeat the Rohit Sharma-led outfit. Mumbai Indians and Kings XI Punjab are slated to play against each other later today at the Sheikh Zayed Stadium in Abu Dhabi. “We need to assess the conditions, we are entering Abu Dhabi which is a new venue for us. Having said that, Mumbai is a very strong team, we know that. They are a very settled team, they have been playing the same XI, almost the same XI for the last couple of years,” said Kumble in a video posted on the official Twitter handle of KXIP.

“We know their strengths and we will have to bring our “A” game against them. I am really happy with our last three games for the way we have been consistent, so looking forward to that kind of effort again in Abu Dhabi,” he added.

KXIP last played their match at Sharjah in which they lost to Rajasthan Royals by four wickets. The KL Rahul-led team scored 223 runs but Rajasthan chased it down with three balls to spare.

Mayank Agarwal scored a century for KXIP in the last match, and he along with KL Rahul are in good form in the ongoing IPL. Rahul had scored a century against Royal Challengers Bangalore (RCB) earlier this season.

Kumble said that the Abu Dhabi wicket will be different from Sharjah and the team will have to adapt to the conditions.

“It’s new ground, the boundaries are bigger so it is not going to be easy to hit sixes like how it was in Sharjah. But having said that, we will have to assess conditions and adapt,” said Kumble.

Kings XI Punjab have played three matches in the tournament so far, and have won just one game. Mumbai Indians have also won just one match in the ongoing IPL so far.

Currently, Punjab and Mumbai are placed at the fifth and sixth positions in the IPL standings.