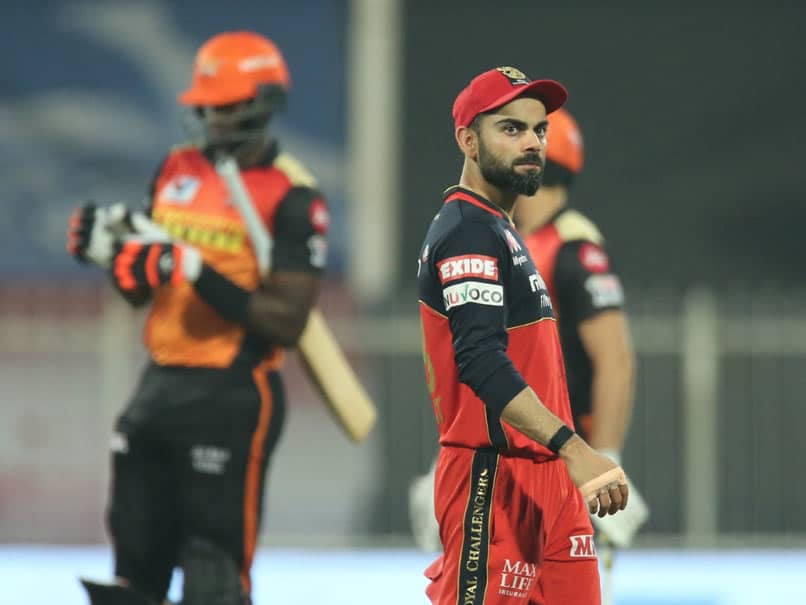 
Royal Challengers Bangalore (RCB) skipper Virat Kohli criticised his players for not being brave enough with the bat, following defeat by a margin of five wickets against SunRisers Hyderabad (SRH). RCB were restricted to a paltry total of 120 runs for the loss of seven wickets in 20 overs, setting a target of just 121 runs for their opponents. The Hyderabad-based franchise chased it down in 14.1 overs. Australian opener Josh Philippe was the highest run-scorer, accumulating 32 runs off 31 deliveries. The other batsmen including Kohli himself failed to make an impact, with the SRH bowlers running through the lineup. RCB now need to ensure a win in their final league match against Delhi Capitals (DC), to stay in contention for the second spot.

Kohli admitted that a total of 120 was never enough, adding that 140 might have been more suited on that “kind of a wicket”.

“It was never enough. We thought 140 might be a good total to sort of get into the game on that kind of wicket. We weren’t brave enough with the bat throughout the innings and credit to them – they used the pitch well and the change of pace,” said the RCB skipper while discussing his team’s performance during the post-match conference.

Kohli further highlighted the “dew” as a factor which his side had failed to predict, terming the second innings as the stage where the game “changed drastically.”

“Things changed drastically in the second innings. There was a lot of dew which we didn’t quite predict, they got it right at the toss eventually. In the end it was very difficult to hold the ball,” he added.