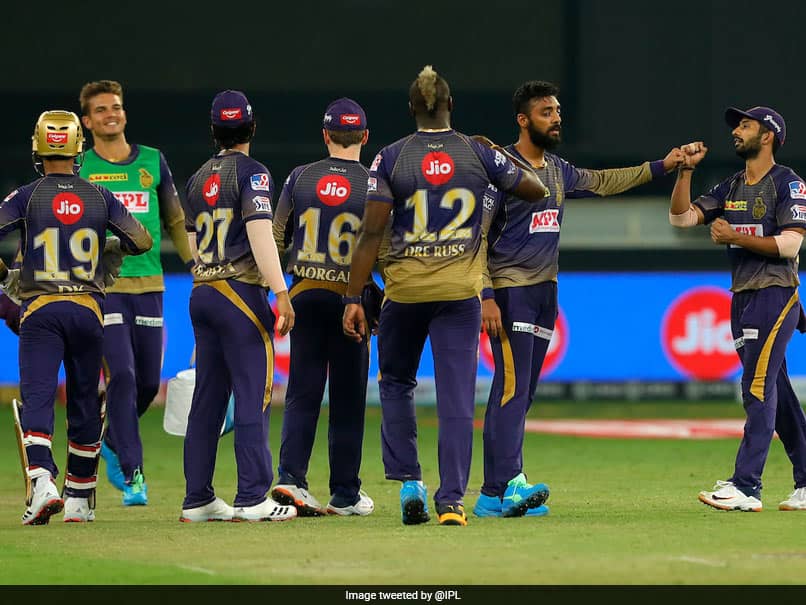 IPL 2020, KKR vs RR: This triumph has propelled Kolkata Knight Riders to the fourth position.© BCCI/IPL


Kolkata Knight Riders (KKR) skipper Eoin Morgan was full of praise for his players, following victory by a sizeable margin of 60 runs against Rajasthan Royals (RR). The two teams battled it out in the 54th match of Indian Premier League (IPL) 2020 at the Dubai International Cricket Stadium, with the tie a must-win for both. KKR posted a total of 191 runs for the loss of seven wickets in 20 overs, after being sent in to bat. Morgan was the highest run-scorer, smashing 68 runs off 35 deliveries in an innings comprising of five boundaries and six sixes. The Englishman received quality support from his bowlers who performed as a unit, to restrict RR to just 131. Australian pacer Pat Cummins was the star performer, accounting for four wickets. Shivam Mavi and Varun Chakravarthy further chipped in with two dismissals apiece. The sizeable triumph has propelled KKR to the fourth position on the table, with their net run-rate boosted as well.

Morgan seemed extremely content with the win, going to the extent of expressing his belief that the team had ticked all boxes, without a single lapse.

“I don’t think we could have done any more today. Whatever happens from here on is in the hands of cricketing gods,” he said during the post-match conference.

The Englishman further discussed his side’s approach in a vital clash, stating the team was eager to play a “free-flowing aggressive game”.

“I thought 191 was a par score. I think every batsman who came back said the wicket was beautiful to bat on. And the dew came in much earlier than expecting, so no real advantage for them. We were out there to play a free-flowing aggressive game anyway,” he added.

Morgan hailed the performances of Mavi and Cummins, hailing the duo for adopting an “aggressive mindset”.

“Shivam Mavi coming back was special, and Pat Cummins obviously. Winning the game was all about taking wickets, especially early. So having that aggressive mindset was important for us,” he stated.