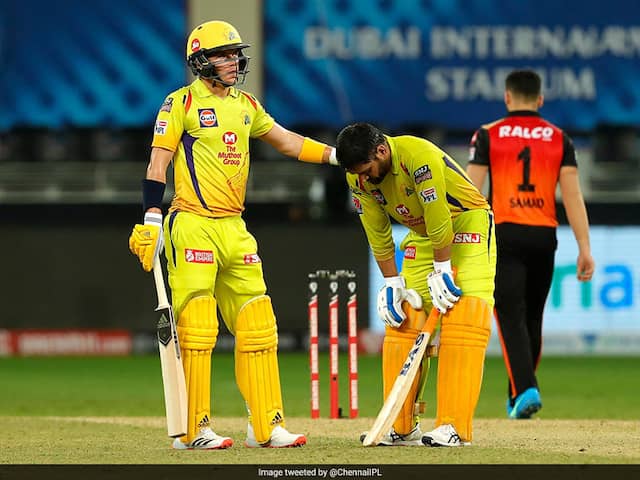 
Chennai Super Kings (CSK) skipper MS Dhoni admitted that his side needed to get a lot of things right, having been guilty of repeating the same mistakes again. CSK suffered their third consecutive defeat from four games on Friday, following a loss by seven runs against SunRisers Hyderabad (SRH) in the 14th match of Indian Premier League (IPL) 2020 at Dubai International Cricket Stadium. The Chennai-based franchise continues to remain at the bottom of the points table following this result. SRH on the other hand, recorded their second consecutive win in IPL 2020 and climbed up to fourth spot.

“We have to get a lot of things right. It’s the professionalism – dropping catches, bowling no-balls. We’re making the same mistakes again. After the 16th over, we had two bad overs. Overall, we could have been slightly better,” said Dhoni in the post-match presentation.

SRH skipper David Warner criticized the wicket, but had words of praise for his players.

“This wicket was a little bit bad as compared to the last one we played here. You don’t really get that length to pull. It was nice to see our guys back themselves,” he stated.

Warner won the toss and opted to bat. The Hyderabad-based franchise posted a total of 164/5 in 20 overs, following a maiden half-century in the IPL by youngster Priyam Garg (51*), who enjoyed quality support from all-rounder Abhishek Sharma (31).

Garg and Abhishek stepped up following cheap dismissals for the likes of Kane Williamson and Manish Pandey, making their presence felt.

The SRH bowlers ensured a disciplined performance accounting for wickets at regular intervals, getting the game done and dusted despite some fightback from Ravindra Jadeja (50) and Dhoni (47*).