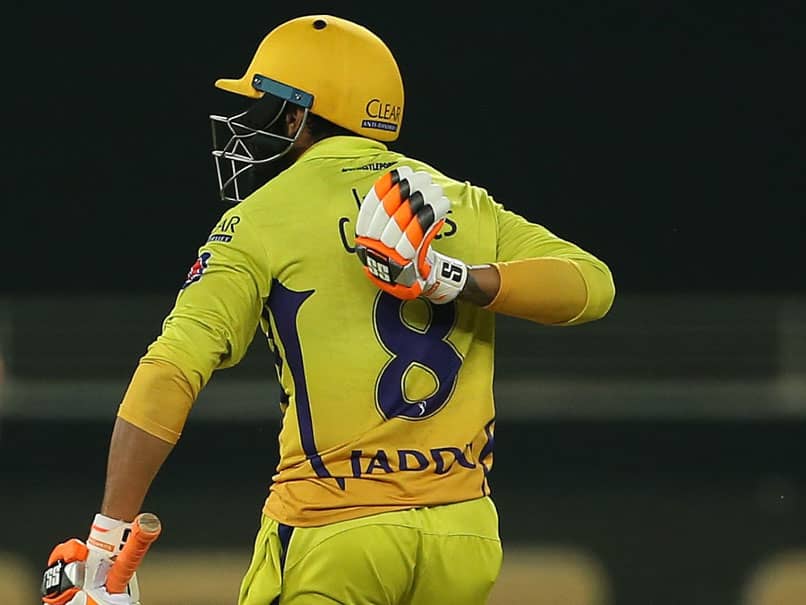 
Chennai Super Kings (CSK) all-rounder Ravindra Jadeja celebrated in style after smashing an unbeaten 31 off 11 deliveries to help his side chase down a target of 173 runs against Kolkata Knight Riders (KKR). Jadeja smashed sixes off the final two deliveries to help CSK record a win which seemed unlikely at one stage. The 31-year-old first showed a thumbs-up sign towards a dugout that seemed giddy with delight before proceeding to underline his name on the jersey. CSK may be out of contention for a spot in the playoffs but the triumph will not be forgotten easily, considering their lack of success in IPL 2020. The Chennai-based franchise’s victory also makes defending champions Mumbai Indians (MI) the first team to qualify for the playoffs.

Jadeja may have ensured a fine finish to the chase, but the credit for setting it up goes to opener Ruturaj Gaikwad. Gaikwad mixed aggression with caution to initially stitch a 50-run partnership with Shane Watson before following it up with a 68-run stand with Ambati Rayudu.

The 23-year-old scored 72 runs off 53 deliveries in an innings studded with six boundaries and two sixes to keep CSK in the hunt.

Gaikwad’s dismissal brought Jadeja to the crease, who eventually emerged as the perfect successor.

Earlier, KKR posted a total of 172 runs for the loss of five wickets in 20 overs after being sent in to bat.

Nitish Rana was the highest scorer, accumulating 87 runs off 61 deliveries with 10 boundaries and four sixes to his credit.