Indian Premier League 2020: “Worked On My Off-Side Game Before Start Of The Season,” Says Ishan Kishan 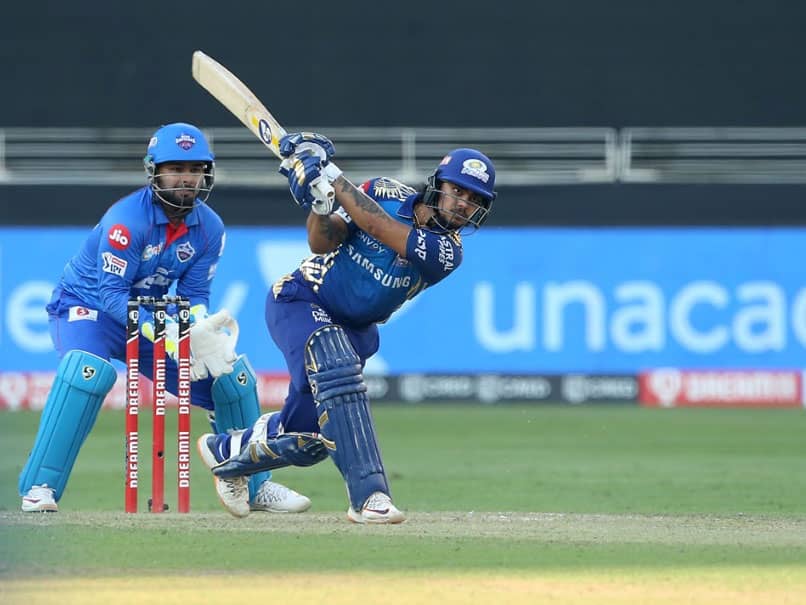 
Ishan Kishan has been the mainstay in Mumbai Indians batting line up in the ongoing Indian Premier League (IPL) and the left-handed batsman has now revealed that he had worked on his gameplay before the mega-event kicked off. Ishan credited Mumbai Indians‘ strength and conditioning coach Paul Chapman for increasing his stamina. The wicket-keeper batsman said the training has provided him the strength of hitting sixes. “Lots and lots of practice, talking to myself and knowing that what’s my weak point and working on it to improve myself. We talked about how every team would have made a plan against a specific batsman. I improved my off side game before the start of the season,” Ishan told Mumbai Indians spinner Jayant Yadav in a video posted on the IPL website

“I got the power of hitting sixes from my mother, all thanks to the food she made for me. Then we have Paul Chapman, his training is difficult but has provided my strength,” he added.

Ishan Kishan and Quinton de Kock played knocks of 72 and 26 respectively as the Kieron Pollard-led side comfortably chased down the target of 111 runs with nine wickets in hand and 34 balls to spare at the Dubai International Stadium.

During the game, once Ishan settled in, he opened up his shoulders to find the boundaries regularly. The openers put away five to the fence to lift Mumbai Indians’ Powerplay score to 38/0.

“Initially I wasn’t enjoying that much but then I had a word with Hardik and Krunal. They told me how fitness could help in improving the batting,” said Ishan.

With this win, Mumbai Indians have consolidated their position at the top of the table with 18 points from 13 matches.

On the other hand, Delhi Capitals are in the third spot with 14 points from 13 matches. Delhi has now lost four matches in a row and the side must win their final game to qualify for the playoffs.

Mumbai Indians will next play Sunrisers Hyderabad on Tuesday, November 3 at the Sharjah Cricket Stadium.