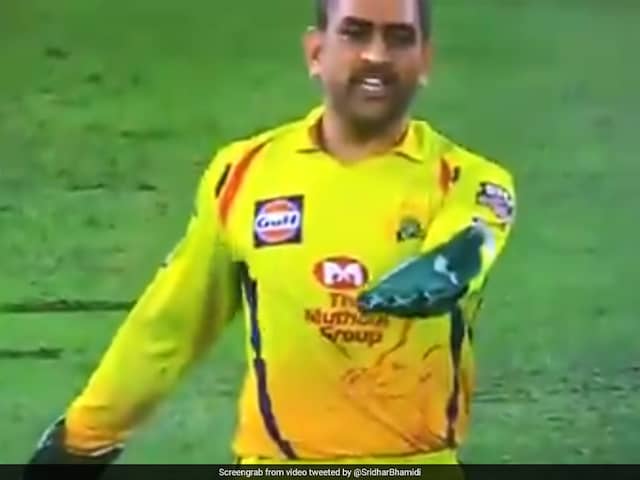 IPL 2020: MS Dhoni’s animated reaction from behind the stumps led to umpire change his decision.© Twitter


Harbhajan Singh found a funny side to the incident from Tuesday when during an Indian Premier League (IPL) 2020 match between Chennai Super Kings (CSK) and SunRisers Hyderabad (SRH) on-field umpire Paul Reiffel stopped short of declaring a delivery wide even after seemingly deciding to go for the decision. CSK’s Shardul Thakur attempted a wide yorker outside off stump to SRH batsman Rashid Khan. Reiffel was seen extending his arms as if to call the delivery a wide before withdrawing his decision even as MS Dhoni gave an animated reaction from behind the stumps. Dhoni seemed to suggest that the delivery wouldn’t be a wide as the batsman had moved across his stumps.

There was criticism from some places on Dhoni’s apparent “bullying” of Reiffel into changing his decision. SRH skipper David Warner, on the other hand, seemed displeased with the umpire’s decision as was evident with his gesture from the dugout immediately after the call was made on the field.

Harbhajan, who pulled out of IPL 2020 ahead of the tournament due to personal reasons, has been part of CSK squad since 2018.

The off spinner could only post laughing emojis as a response to what transpired on the field.

In that game, SRH fell 20 runs short of the target as they could only muster 147 runs from their quota of 20 overs.

Ravindra Jadeja, for his all-round brilliance, was adjudged player of the match.

He scored 25 runs off just 10 deliveries and then got the big wicket of Jonny Bairstow to help CSK secure important two points.