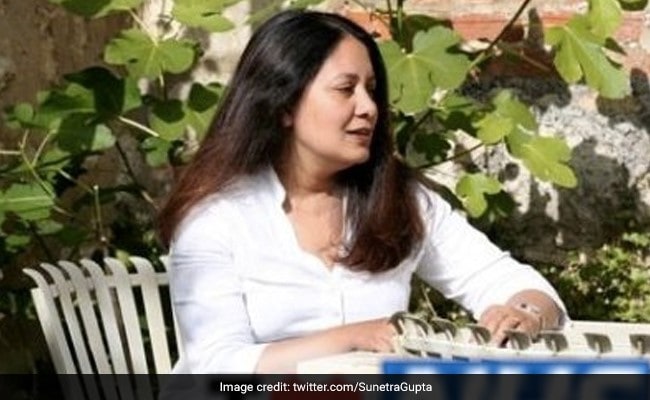 Sunetra Gupta is Professor of Theoretical Epidemiology at the University of Oxford.

A prominent Indian-origin Oxford University academic leads a group of over 30 academics who have expressed their doubts over the UK government’s localised and national lockdown approach to tackling a second wave of the coronavirus pandemic.

Professor Sunetra Gupta, Professor of Theoretical Epidemiology at the University of Oxford, co-authored a letter addressed to Prime Minister Boris Johnson, Chancellor Rishi Sunak and the Chief Medical Officers (CMOs) of England, Wales, Scotland and Northern Ireland this week as a “constructive input” into the government’s policy response to the rising number of coronavirus infections.

The Gupta-led group recommends more targeted measures that protect the groups most vulnerable to the deadly virus.

“In summary, our view is that the existing policy path is inconsistent with the known risk-profile of COVID-19 and should be reconsidered,” notes the open letter.

“Instead, more targeted measures that protect the most vulnerable from COVID, whilst not adversely impacting those not at risk, are more supportable… Such targeted measures should be explored as a matter of urgency, as the logical cornerstone of our future strategy,” the group says.

They argue that because 89 per cent of COVID-19 deaths are in the over 65 group and are also concentrated in people with pre-existing medical conditions, these are the groups at which interventions should be targeted.

“This large variation in risk by age and health status suggests that the harm caused by uniform policies (that apply to all persons) will outweigh the benefits,” the letter reads, warning that the effect on cancer treatment is especially acute, with people delaying or missing screenings, tests, or treatments.

“We strongly support your continuing efforts to suppress the virus across the entire population, rather than adopt a policy of segmentation or shielding the vulnerable until “herd immunity” has developed,” reads the letter addressed to the CMOs.

“Society is an open system. To cut a cohort of “vulnerable” people off from “non-vulnerable” or “less vulnerable” is likely to prove practically impossible, especially for disadvantaged groups… The goal of “herd immunity” rests on the unproven assumption that re-infection will not occur. We simply do not know whether immunity will wane over months or years in those who have had COVID-19,” they write.

Their letter, published in the ‘British Medical Journal”, says that the UK may have to move flexibly between levels of restriction rather than either full lockdown or release, depending on how well the virus is controlled.

The face off within the scientific community comes as Johnson laid out a new set of restrictions to come in force from Thursday, which once again requires people to work from home where possible and for hospitality businesses to bring down their shutters hours earlier in the evening.

Plans for a further easing up for sporting and exhibition venues, scheduled for next month, have also been halted as part of the tougher measures to be enforced via fines between 100 pounds and 10,000 pounds. Johnson has told Parliament that the country should expect the restrictions to remain in place for around six months.

“The unstated objective currently appears to be one of suppression of the virus, until such a time that a vaccine can be deployed. This objective is increasingly unfeasible,” warns Prof. Gupta’s group in their letter.

On the other hand, the group backed by Prof. Sridhar, notes: “Despite claims to the contrary from some quarters, there are no examples of a segmentation-and-shielding policy having worked in any country.”

The two sets of open letters indicate a growing split across the UK over tackling the second wave of the pandemic, with rival camps divided between strict lockdowns and greater freedom on people’s movements and businesses.

It comes as the R number, or the rate at which the infection is transmitted, remains above the preferred mark of one and the UK’s death count from the deadly virus edges towards 42,000.