Indian-American Donald Trump Supporters Pray For Him Outside Hospital 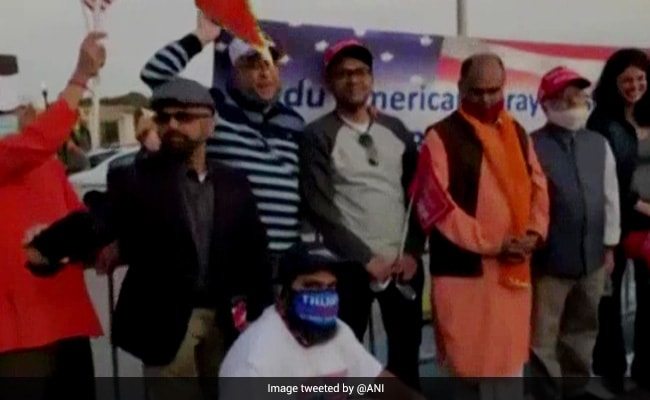 Members of Indian-American community organise a prayer for Donald Trump.

A prayer vigil was held on Sunday evening for President Donald Trump and First Lady Melania Trump by the Indian American community to wish them a speedy recovery. His supporters not only gathered outside the hospital but also showed support virtually from cities across the United States.

“I would like to thank the people of our community who are there at the Walter Reed hospital, praying for our President Trump and the First Lady. Despite being diagnosed with COVID-19, our President and his supporters have done more than what Biden has done in 47 years,” said Nisha Sharma, Congressional candidate from California District 11.

The community members chanted mantras and echoed the sound of the conch shell or Shankha for the speedy recovery of President Trump and the First Lady.

Sentinels of Dharma, a Hindu American organization hosted the event. During the prayer meeting, Indian Americans also endorsed President Trump in his re-election bid and reached out to other community members all over the country to campaign in his favour.

President Trump could be released from the Walter Reed National Military Medical Center as soon as Monday, his medical team said in an update on Sunday to members of the White House press pool, as the president continues his treatment on dexamethasone and Remdesivir to fight coronavirus.

President Trump was admitted to Walter Reed on Friday after he announced that he and the First Lady had tested positive for the coronavirus.