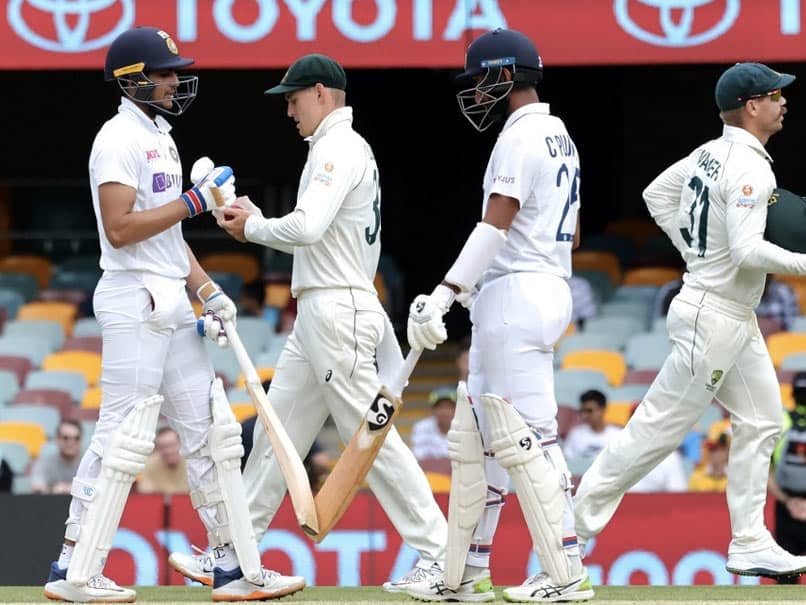 
Despite losing an early wicket, India have gained momentum against Australia on Day 5 of the ongoing fourth and final Test match, at The Gabba in Brisbane. The visitors lost opener Rohit Sharma, with Pat Cummins taking his wicket. He could only muster seven runs off 21 balls. Shubman Gill scored a half-century, and is currently unbeaten with Cheteshwar Pujara. The duo will be hoping to score more runs and put India in a better position. The equation is simple. Australia, playing at their seemingly impenetrable fortress, have to take nine wickets now. India need to score over 200 runs. With the series tied at 1-1, a draw will see honours shared and the visitors retain the Border-Gavaskar trophy. With a deteriorating pitch, a result seems likely on the card, but there is a chance of rain in Brisbane, which may see the match drawn. With the game finely balanced and all three results possible, a thrilling end to a dramatic series is on the cards at the Gabba. (LIVE SCORECARD)