In Ayushmann Khurrana And Tahira Kashyap’s Anniversary Posts, Love Is The Winner 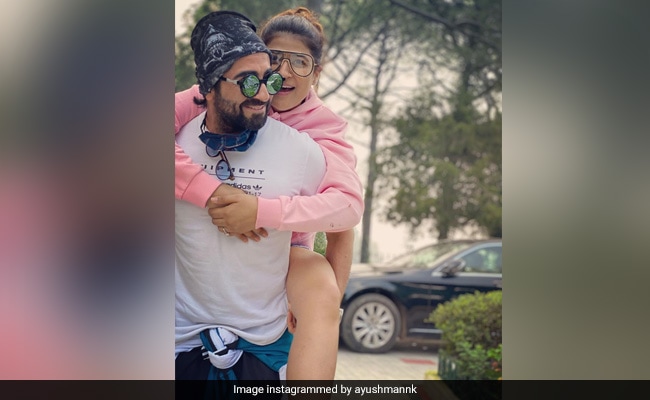 Happy anniversary, Ayushmann Khurrana and Tahira Kashyap. The couple marked their special day with super cute posts. Both Ayushmann and Tahira shared the same picture, in which the actor can be seen giving Tahira a piggyback ride. They added equally adorable captions to the post. In his caption, Ayushmann wrote: “Celebrating 125 years of togetherness. May be more. Coz I know that I know you from centuries and time immemorial. This bond can’t be limited to this lifetime. You’re my companion, lover, personal stand-up comedian, life coach and above all my best friend. I want to grow old with you. I know it’ll be a lot of fun. Sigh. Happy anniversary, Tahira Kashyap.” The couple are parents to a son named Virajveer and daughter Varushka.

Sharing the same picture, Tahira Kashyap added her humour-infused caption and she wrote: “And I don’t lie. That’s the only way he picks me up! Gunny bag ‘aaloo ki bori‘ style! But this is the love I love, perhaps picking on your brains is easier this way than being cradled and carried in your lap (a failed suhaag raat moment for us) To more ingenuity to many more such rides. Umm. Happy Anniversary.”

Tahira Kashyap is the author of books The 12 Commandments Of Being A Woman. I Promise and Souled Out. She also co-authored husband Ayushmann Khurrana’s biography Cracking The Code: My Journey In Bollywood. She has also has directed short films like Pinni and Toffee.