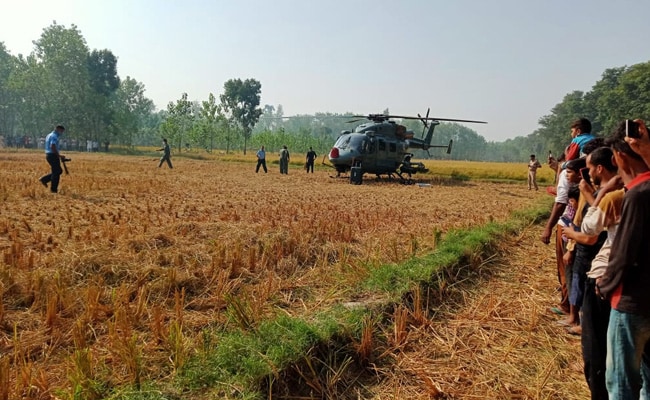 An helicopter of the Indian Air Force made a precautionary landing in western Uttar Pradesh’s Saharanpur this afternoon.

Visuals showed air force officials and security officials around the Dhruv Advance light helicopter in the western Uttar Pradesh district. Large number of people were also seen at a distance to see the chopper.

Initial reports said that the landing was part of a routine training mission by the Air Force.