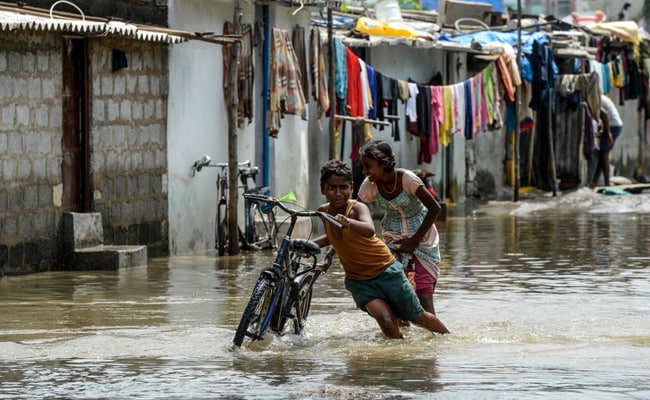 When Hyderabad’s lanes and roads turned into rivers on Tuesday, nine members of a family were washed away. Three bodies have been recovered and a search is on for five others including a child. The only survivor is 55-year-old Mohd Abdul Tahir Qureshi.

Mr Qureshi and his family of eight others were trying to cross over to their neighbour’s home across the road when they were swept away by the deluge. Tahir Qureshi held on to a tree more than a kilometre from his home and survived.

Theirs is among the horrifying accounts of loss and suffering that are emerging in Telangana, two days after a devastating spell of rain and floods, as authorities said at least 50 people had lost their lives and damages were estimated to be around Rs 6,000 crore.

Extreme rain over few hours that has been described as unprecedented and a 117-year-high for a single October day in Hyderabad left several areas inundated. At least 31 people died in the Greater Hyderabad area alone.

The body of a postman, who fell into floodwater on Tuesday while on duty, was fished out from a lake on Thursday, the police told news agency PTI.

Rescue operations continued even on Thursday as a rain-less sky brought some relief and the water started receding in most parts of the Greater Hyderabad Municipal Corporation (GHMC) limits though some localities remained flooded.

Authorities expressed concerns about the outbreak of disease, a spike in coronavirus infections and for the safety of those in dilapidated buildings and construction sites.

Around 44,000 people have been put up in 64 relief camps and 45,000 food packets were provided, the news release quoted him as saying.

Kareena Kapoor’s Caption For This Pic Is Winning The Internet