Hurricane Zeta Slams Into Southern US 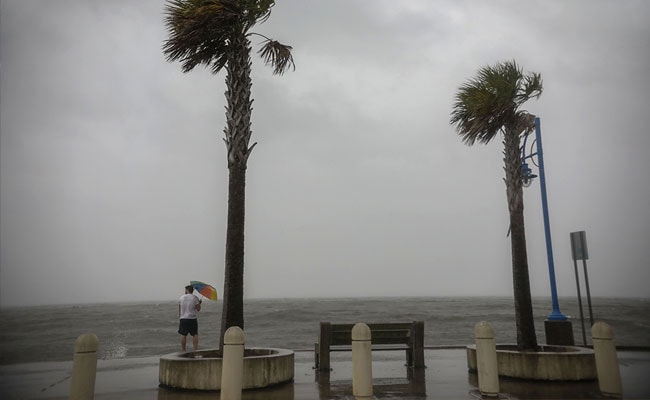 A hurricane warning was in effect for the New Orleans area.

Hurricane Zeta slammed into the southern United States as a Category 2 storm on Wednesday, bringing dangerous winds and surging ocean waves to Louisiana, which has been hit repeatedly during a busy hurricane season.

Zeta, packing sustained winds of 110 miles (175 kilometers) an hour, strengthened and moved onto land near Cocodrie in remote in southeastern Louisiana on Wednesday afternoon.

It was expected to sweep through the New Orleans area before moving along the Mississippi coast.

The National Hurricane Center issued a hurricane warning that covered New Orleans, and said a “life-threatening storm surge and strong winds (are) expected along portions of the northern Gulf Coast.”

New Orleans mayor LaToya Cantrell said “this is not a drill,” warning that it was expected the hurricane would soon be “directly impacting the city of New Orleans.”

Officials had urged residents to evacuate vulnerable areas or stock up on emergency supplies of food, water and medication for at least three days.

Some coastal areas were under a mandatory evacuation order, though not New Orleans and its suburbs.

Zeta hit with just six days to go until Election Day, although it was not expected to affect the outcome, with early voting in Louisiana already finished.

As rainfall and winds began ahead of the storm’s arrival, New Orleans residents rushed to prepare, boarding up windows, moving vehicles and boats to higher ground and in some cases stacking sandbags to guard against potential flooding.

The hurricane is the fifth major storm to hit Louisiana this year.

The New Orleans area has repeatedly had to be on guard, though it’s been spared so far this year, with the brunt of earlier storms hitting cities like Lake Charles, some 200 miles (320 kilometers) west near the Texas border.

This time though local officials were urgently warning not to be complacent, particularly due to the risk of dangerous winds and the damage and power outages that could accompany them.

Flooding appeared to be less of a threat this time for the low-lying city – 80 percent of which flooded during 2005’s Hurricane Katrina – because the storm was so fast-moving at around 20 miles per hour.

Nevertheless, floodgates in the region were being closed and operators of pumps that can struggle to keep water from rising on New Orleans streets during a typical heavy rainfall were at the ready.

Annie Quattlebaum, a 39-yer-old biologist, and a group of friends visiting New Orleans from Denver were stranded when the storm caused their flight to be canceled.

They were roaming the city’s iconic French Quarter, largely deserted on Wednesday afternoon, in search of an open store to buy drinks and food as they prepared to hunker down in their hotel for the night.

“We’re not going to do anything stupid. We’re just going to hunker down while it’s going on.”

Along the shores of Lake Catherine, on the far northeastern edge of the city where many locals have weekend homes and commercial fishermen operate, boats were lined up along the higher ground of roadsides.

At Island Marina, Geoff Wallace, 60, secured wood and other material he was using for a construction project to keep it from flying away and becoming missiles.

“These people that live here, it’s just a part of living here,” he said, gray skies shadowing the marshland and a shrimp boat behind him.

“These poor guys,” he said of the marina owners, “they’ve had to go through this four or five times this year. It gets tiring.”

New Orleans remains traumatized from Hurricane Katrina, which flooded 80 percent of the city and killed more than 1,800 people 15 years ago.

Hurricane defenses have been vastly improved since then, but have not yet been truly tested in the New Orleans area.

Zeta had strengthened to a Category 2 storm on a five-grade scale before landfall.

The hurricane brought strong winds and heavy rains to Mexico’s Caribbean coast on Tuesday after making landfall near the resort town of Tulum.

It is the 27th storm of an unusually active Atlantic hurricane season.

In September, meteorologists were forced to use the Greek alphabet to name Atlantic storms for only the second time ever, after the 2020 hurricane season blew through their usual list, ending on Tropical Storm Wilfred.

Scientists say there will likely be an increase in powerful storms as the ocean surface warms due to climate change.