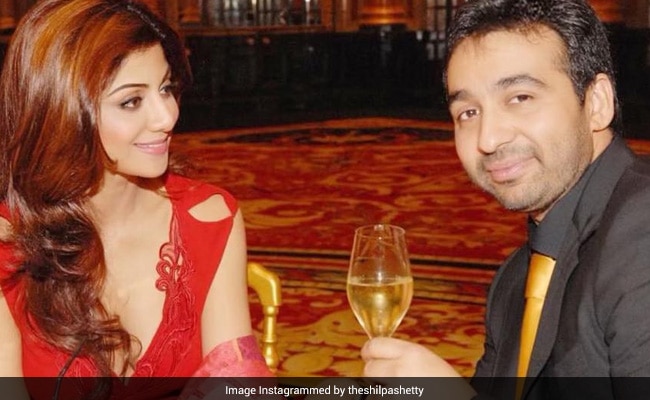 Actress Shilpa Shetty, speaking to Shibani Dandekar on an episode of The Love Laugh Live Show, made some ROFL revelations about the time Raj Kundra had proposed to her in Paris. Recalling the special moment from 12 years ago, Shilpa told Shibani that Raj Kundra had made “over the top” arrangements for the special day but when it came to the ring, it was quite not what Shilpa had expected. “It was a five-carat diamond ring and I might sound really materialistic but I was like, ‘It’s just five carats.’ I took a while to say yes because I was like, ‘This is not what I imagined’.” Breaking into a laughter, Shilpa added: “No, no, I am just joking.”

Shilpa said Raj Kundra took a hint from her reaction and promised her a “bigger” ring for when they get married: “Because I took two seconds more, he was like, ‘The wedding ring will be bigger.’ That’s Raj for you. So I said yes there and then. He knew that I have always wanted to go to the Eiffel Tower. I have shot in Paris, I have shot beneath the Eiffel Tower, but I had decided that I would go up only with the man I end up with,” said Shilpa Shetty.

In the video, Shilpa also shared that Raj Kundra planned the surprise with help from her parents and sister Shamita: “I was in Paris for the Karl Lagerfeld show. Raj flew down and proposed to me. He had booked out the whole banqueting hall at the Grand… yeah… a bit OTT. He had like these violinists playing and he conned me into it. He said that you know, ‘We’re having lunch at a friend’s place, so just dress up well.’ And my sister told me to wear red, so it was already planned. He had told me from Mumbai that you know, we are going to this really cool place. I had no clue but he had already asked my parents.”

Shilpa Shetty and Raj Kundra had a big fat wedding in 2009. The couple are parents to son Viaan and daughter Samisha, who was born via surrogacy in February. Shilpa Shetty was seen as one of the judges on the TV reality show Super Dancer Chapter 3. She is making her comeback to films after a gap of 13 years with Sabbir Khan’s Nikamma.