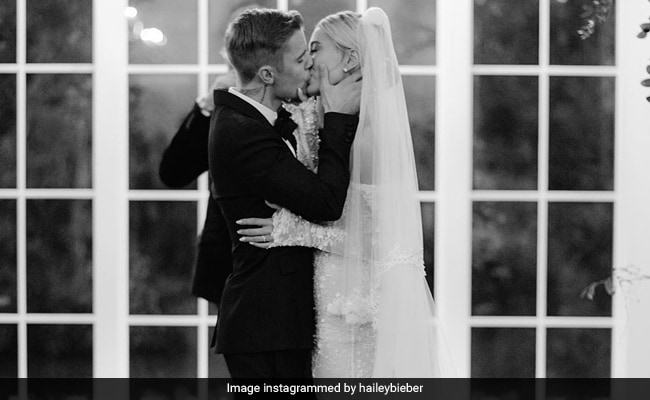 Justin and Hailey Bieber celebrated their one-year anniversary by posting pictures from their wedding, which took place in South Carolina last year. Sharing a set of photographs from the ceremony, Hailey wrote in her caption: “1 year ago we had the best wedding. Wish I could live this day over and over.” Meanwhile, Justin Bieber shared the most adorable greeting for his wife, which read, “Hailey Bieber. I am so lucky to be your husband! You teach me so much every day and make me such a better man! I am committed for the rest of our lives to empower you to be the woman God has called you to be! My heart is to enable you to achieve all of your wildest dreams! I promise to always put you first, to lead with patience and kindness! Happy anniversary my beautiful, sweet girl.”

Replying to Justin’s post, Hailey wrote in the comments section, “My person.” Check out their posts here:

Justin and Hailey knew each other since they were teenagers. However, it was only in the year 2014 that they began dating. After dating for a while, the couple parted ways but they rekindled their relationship in September 2018 and got secretly married in New York. In October, 2019, the couple hosted a grand wedding ceremony in South Carolina.

Justin Bieber has sang many hit tracks such as Baby, Boyfriend, Sorry , Let Me Love You and I Don’t Care. In a career spanning a decade, the Canadian singer has received several awards and accolades including a Grammy Award for Best Dance Recording.

Hailey Baldwin, a renowned model, is the daughter of The Usual Suspects actor Stephen Baldwin and graphic designer Kennya Deodato.