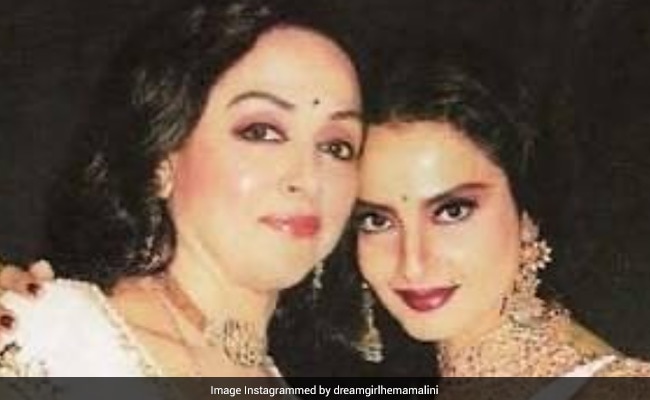 Happy birthday, Rekha! The evergreen beauty of Bollywood turned 66 on Saturday and on the occasion, her Jaan Hatheli Pe co-star Hema Malini gift-wrapped her birthday wish in the form of several throwback rare pictures and a sweet note. Rekha and Hema Malini have co-starred in films such as Apne Apne (1987), Jaan Hatheli Pe (1987) and Kahte Hain Mujhko Raja (1975). In her birthday note, Hema Malini describes Rekha as her “good friend” and wrote: “Happy Birthday wishes go out today to dear Rekha. We have been good friends for many years now and I always wish her happiness and prosperity in life. Have a great day and year dear friend!”

Hema Malini was last seen in the romantic comedy Shimla Mirch, alongside Rakul Preet Singh and Rajkummar Rao. She is best-known for her performances in films like Johnny Mera Naam, Seeta Aur Geeta, Dream Girl, Sholay and Baghban, to name a few.