He Was Late To Work, Angry. Then Venkatraman Ramakrishnan Got A Call… 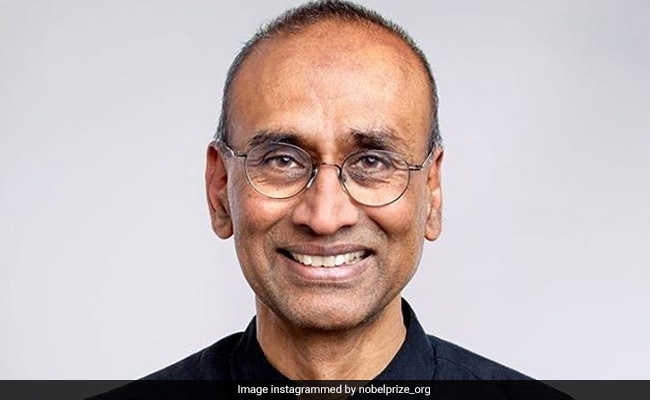 Indian-American scientist Venkatraman Ramakrishnan was not in a good mood the day he received a phone call from Sweden, informing him that he had won the prestigious Nobel Prize. In fact, the Cambridge-based scientist thought someone was out to prank him, and initially refused to believe the caller. An Instagram post shared by the Nobel Prize organisation takes a look back at the day Mr Ramakrishnan was told that he had been awarded the 2009 Nobel Prize in Chemistry for his pioneering work in molecular biology.

“In October 11 years ago, Ramakrishnan was in a bad mood as his day had not started well,” reads the post. “His bike had gotten a flat tyre on his way to work which caused him to arrive late to his office at the University of Cambridge.”

The structural biologist had just arrived at the office when his telephone rang. He picked it up only to hear: “This is an important phone call from Stockholm – please hold.”

Annoyed, Mr Ramakrishnan retorted angrily, “Whoever put you up to this – I don’t believe you!”

He remained skeptical even as the general secretary joined the call to congratulate him.

Speaking to NDTV in 2009, Mr Ramakrishnan had revealed: “I just felt that it was unlikely I would be one of the people to be awarded the prize and I have friends who like to play practical jokes. I thought it was one of them who had hired somebody to imitate a Swedish accent.”

The general secretary tried to convince Venkatraman Ramakrishnan that he had actually won, but the scientist refused to believe it until he spoke to committee member Mans Ehrenberg, whom he had met before. He then heard laughter in the background and realised that he was on loud speaker, and his disbelief had become cause for amusement.

“Such a touching story,” wrote one commenter. “Beautiful surprise,” another remarked.

A few days ago, the Nobel Prize organisation had shared a post detailing how Nobel Laureate Amartya Sen had reacted when he received a phone call from Sweden.