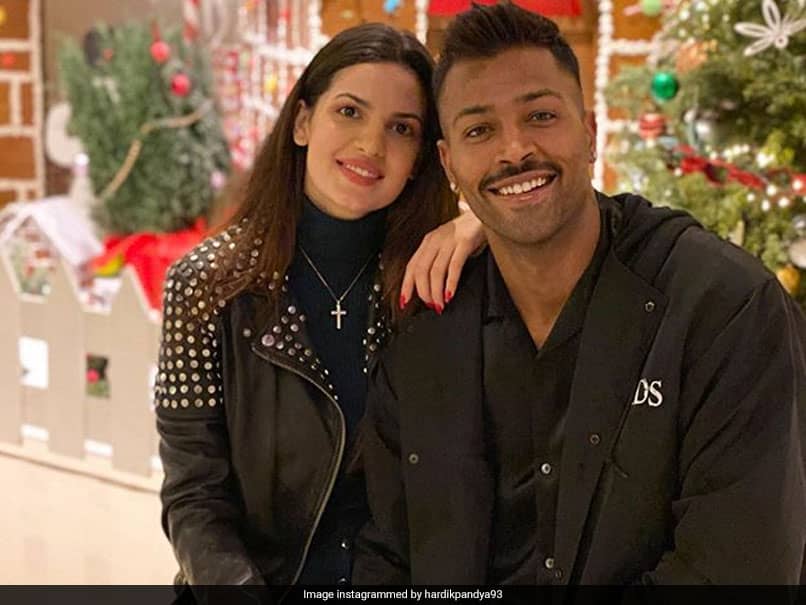 
Indian all-rounder Hardik Pandya‘s partner Natasa Stankovic recently gave birth to a son named Agastya in July this year. Since then, the couple have posted photographs with the child on social media, which has received lots of love from their fans. Pandya is currently in United Arab Emirates (UAE) for the ongoing Indian Premier League (IPL) 2020. Recently, the Mumbai Indians (MI) cricketer posted a photo on Instagram with his son. It was captioned as, “Greatest gift”.

In the photo, the 27-year-old is wearing a cream-colored t-shirt with his usual accessories of a watch, chain and glasses. He seems to be happy with the baby cradled in his arms.

Despite losing captain Rohit Sharma to injury, Mumbai are on top of the league table with 16 points from 12 matches.

In their recent fixture at the Sheikh Zayed Stadium, in Abu Dhabi, Mumbai defeated RCB by five wickets. Suryakumar Yadav was the star of the show, scoring an unbeaten knock of 79 runs from 43 balls.

They face Delhi Capitals (DC) and SunRisers Hyderabad (SRH) in their remaining two fixtures on October 31 and November 3 respectively.