Guru Randhawa And Dhvani Bhanushali’s Peppy Track Is Out Now 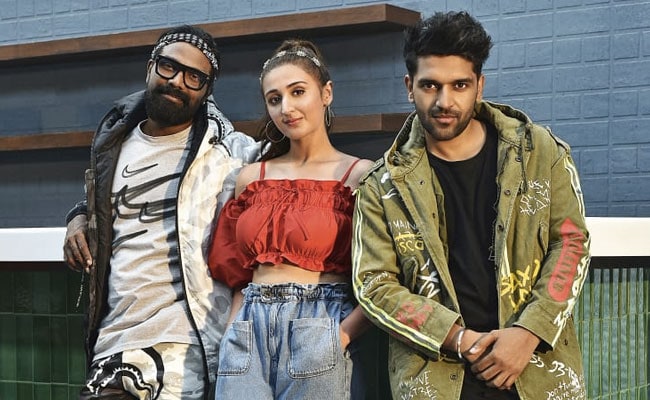 The moment fans have been waiting for is finally here! The biggest Indian pop stars Guru Randhawa and Dhvani Bhanushali reunite for Baby Girl, presented by Bhushan Kumar’s T-Series. After the success of Ishare Tere, the two young icons that have broken records, and taken YouTube and the music world by storm now collaborate for this peppy, romantic song that is choreographed and directed by ace Remo D’Souza. Promising to be the party song of the season, Baby Girl composed and written by Guru Randhawa, with music by Vee, was shot in Goa, following all precautionary measures. Apart from the music, another major highlight is the music video of Baby Girl conceptualised by Remo with choreography to watch out for.

Record-breaking artist Guru Randhawa says, “Baby Girl is a peppy, happy track and it’s a song fans will love. The journey of making this song was very memorable. The beat, lyrics and composition just came to me in the studio and I thought Dhvani was perfect for the female vocals. It was amazing shooting for this song with Remo and I’m grateful to Bhushan Sir for making this happen.”

Youngest pop star Dhvani Bhanushali added, “This is my first time shooting with Remo sir and it was an incredible experience. The shoot was very easygoing and the video turned out really great. It’s always amazing working with Guru and I thank Bhushan Sir for giving me this song. It is song full of fun, love and dancing.”

Check out the song here:

Director-choreographer Remo D’Souza said, “When I heard the song I knew the video had to have a lot of energy and a young, fun vibe to it so Goa was the perfect place to shoot. Guru and Dhvani are style icons so the video of Baby Girl too reflects their personalities and is very stylised.”

Adds record producer Vee, “Baby Girl is such a catchy record from the lyrics, to the vocals, to the music. It’s one of those records when you hear it; you can’t get it out of your head.” T-Series’ Bhushan Kumar says, “With artists like Guru Randhawa and Dhvani Bhanushali there is always anticipation and they’re a lethal combination. Baby Girl is a peppy, young, colourful romantic song and Remo D’Souza has done a fabulous job in bringing it to life.”