General Motors is so sold on this concept that it considering a higher performance package for enthusiasts that will use its new Ultium battery system. 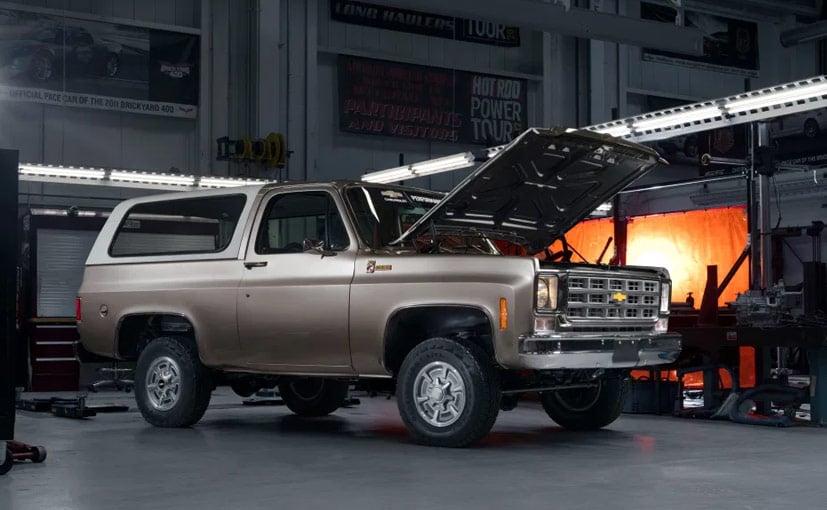 Last year, General Motors unveiled a unique concept for a hot-rod E-10 electric pick up truck using two batteries from the Bolt electric car packaged into a concept it called eCarte for easy electric conversions. This was meant to be showcase prototype but it has quickly evolved into a thing as now the company has unveiled a 1977 Chevy K5 Blazer-E which has been converted to electric power using the eCarte conversion kit. The electric connect and cruise package is based one the Chevy Bolt EV powertrain. It uses a 60kWh battery pack that delivers 200bhp via the electric motor. It has a DC-to-AC power inverter to drive the electric motor. There is also a DC-to-DC power converter to power low-voltage systems. The kit also includes wiring harnesses, controllers and water pumps for battery heating and cooling. 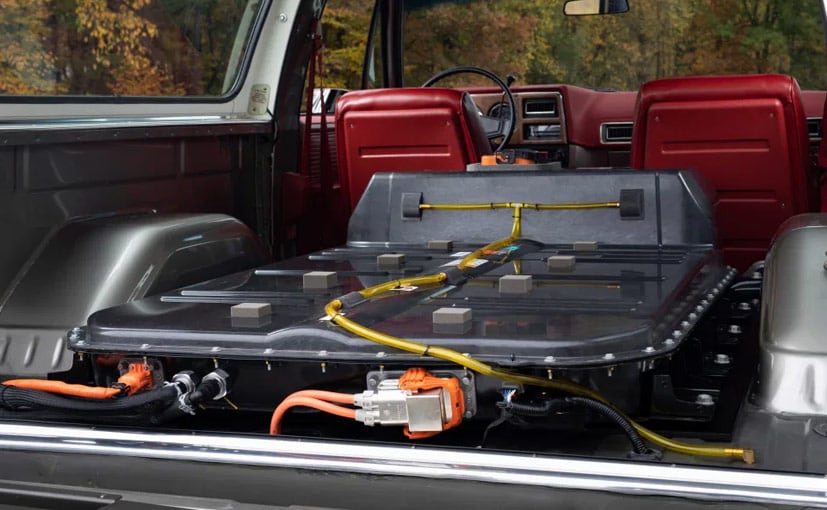 This is the cobbled together powertrain

“Minutes after Chevrolet showed the E-10 concept, customers started calling to ask how soon they could build their EV project,” revealed Russ O’Blenes, Chevorlet’s director of engineer, performance and racing. “At SEMA360, Chevrolet will showcase a 1977 K5 Blazer converted to all-electric propulsion. The K5 Blazer-E is a functional proof of concept of the upcoming Electric Connect and Cruise package Chevrolet Performance plans to sell in the second half of 2021,” he added.

GM is so sold on this concept that it considering a higher performance package for enthusiasts that will use its new Ultium battery system. 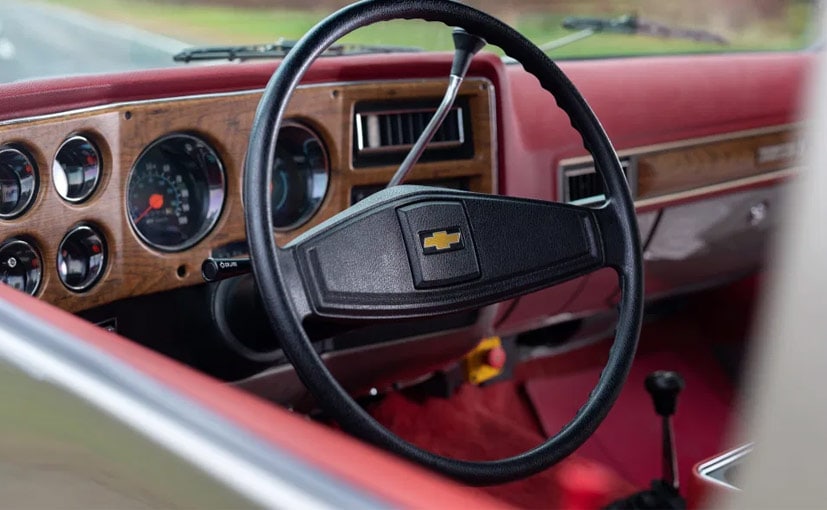 “To convert the 1977 K5 Blazer, the team first removed from the Blazer the original 175-horsepower 400 cubic-inch V8, three-speed automatic, fuel system and exhaust. Then, the team installed a Bolt EV electric motor, delivering 200 horsepower and 266 lb-ft of torque, paired with a Chevrolet Performance electronically controlled four-speed automatic. The rest of the Blazer drivetrain remains untouched, including the transfer case, driveshaft and axles,” the company added.

While the concept is great and it surely is going to be a brilliant and eco-friendly way to breathe new life in old vehicles – this kit will probably only provide a range of 160 kilometres, which is admittedly meagre but still awesome for what it is.