Gal Gadot Will Play Cleopatra And Twitter, In Need Of A History Lesson, Gets One 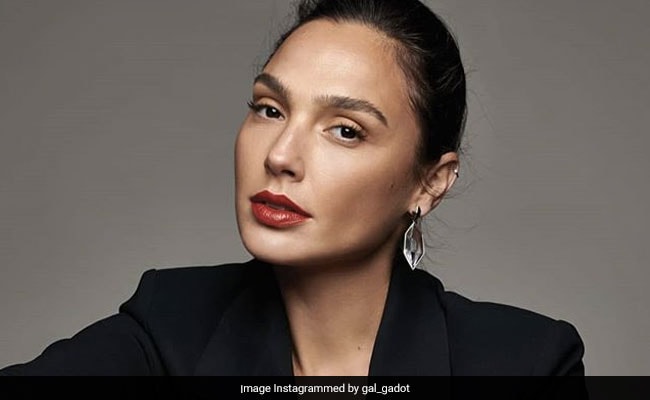 Israeli star Gal Gadot’s casting as Cleopatra in an upcoming Hollywood film appears to have triggered many on social media. Ms Gadot, who will reunite with her Wonder Woman director Patty Jenkins for the film, announced in a tweet shared on Sunday that she, Ms Jenkins and writer Laeta Kalogridis will “bring the story of Cleopatra, Queen of Egypt, to the big screen in a way she’s never been seen before. To tell her story for the first time through women’s eyes, both behind and in front of the camera.” Gal Gadot’s casting is being seen as problematic at by some on Twitter.

Cleopatra, a female Pharaoh of Ancient Egypt immortalized by history, legend and Shakespeare, is believed to have been of Macedonian Greek descent. This would not make her ethnically very diverse from Gal Gadot, who is also of European extraction and is, in fact, most famous for playing Diana or Wonder Woman, a superhero with origins that echo Greek mythology. Many on social media, however, called for an Egyptian or Arab actress to play the role, seemingly ignorant of what historians agree was the real Cleopatra’s ethnic identity and heritage.

Criticism over Gal Gadot being cast as Cleopatra boiled into a tweet from journalist Sameera Khan who asked why Hollywood thought it a “good idea to cast an Israeli actress as Cleopatra (a very bland looking one) instead of a stunning Arab actress like Nadine Njeim?” Some other tweets in a similar vein seem to now have been deleted. Here’s one that’s still up:

Sameera Khan has been repeatedly schooled online, as have others:

Cleopatra was Macedonian Greek, not Arab, and Gal Gadot’s family has been in Israel for six generations. Take a deep breath, Sameera. https://t.co/xYEunlp5aK

Gal Gadot, who is Israeli, was cast to play Cleopatra

Yes, she was in Egyptian ruler but she was Greek with Persian and Syrian ancestry. The people who are reacting negatively that to this are uneducated and uninformed.

Funny that she wasn’t Arab or Israeli but people are only pressed that a Jewish actress is going to be playing her.

Either you’re antisemitic or just were dead in history class.

The Israel-Palestine conflict, Zionism or the movement for creation of a Jewish state in territory that includes Palestine, and the Biblical exodus of the ancient Israelites from Egypt have also been invoked on Twitter.

This is Gal Gadot’s tweet announcing the Cleopatra project:

As you might have heard I teamed up with @PattyJenks and @LKalogridis to bring the story of Cleopatra, Queen of Egypt, to the big screen in a way she’s never been seen before. To tell her story for the first time through women’s eyes, both behind and in front of the camera. pic.twitter.com/k5eyTIfzjB

Cleopatra, a figure of history and legend, supposedly fascinated both Julius Caesar and Mark Antony. She has been the subject of several cinematic works, most famously a 1963 Hollywood film in which she was played by Elizabeth Taylor.