For Tabu’s Birthday, Here’s A Throwback From 25 Years Ago, Courtesy Farah Khan 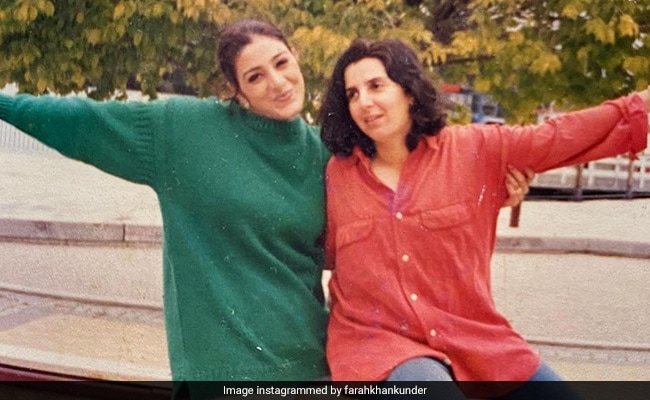 As Tabu celebrates her 50th birthday, a throwback greeting arrived for her on social media on Wednesday morning. Farah Khan shared a picture and revealed that it was clicked 25 years ago. The picture happens to be from the 1995 film Viraasat. Farah Khan wrote in her caption: “Hum Saath Saath Hain! The first time I met her in 1995 at the shooting of Viraasat and it was as if we were old friends who knew each other since childhood… And it has been exactly like that 25 years later… Happy birthday my Tabdi. I love you and I always let you go because I know you’ll always come back.”

Tabu’s filmography is a mix of commercially successful as well as critically acclaimed movies. Maqbool, Maachis, The Namesake, Life Of Pi, AndhaDhun, Haider, Drishyam, Hera Pheri and Chandni Bar are just some of her many iconic films. The actress starred in Jawaani Jaaneman, co-starring Saif Ali Khan and Alaya Furniturewalla this year. She was last seen in Mira Nair’s A Suitable Boy, an adaptation of Vikram Seth’s novel of the same name. She will next be seen in Bhool Bhulaiyaa 2, co-starring Kartik Aaryan and Kiara Advani.

Farah Khan, who stepped into the Indian film industry as a choreographer, made her directorial debut with the 2004 film Main Hoon Na. She has also directed films like Om Shanti Om, Tees Maar Khan and Happy New Year. Her last production venture was Netflix’s Mrs Serial Killer, starring Jacqueline Fernandez and Manoj Bajpayee. The film was directed by Farah’s husband Shirish Kunder. Farah Khan married Shirish Kunder in 2004 and the couple became parents to triplets in 2008, after whom the couple’s production house “Three’s Company” is named.