For Ananya Panday’s Birthday Countdown, This Throwback With Parents Bhavana And Chunky 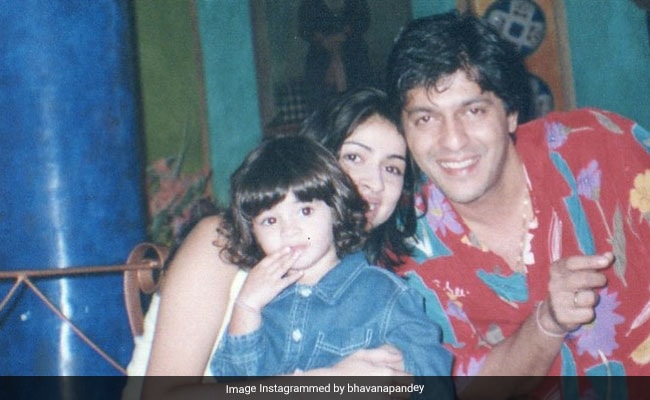 Ananya Panday’s mother Bhavana Pandey has actively been sharing posts on Instagram, ahead of her daughter’s birthday (on October 30). Bhavana Pandey started sharing early greetings for her daughter in the form of throwback pictures and videos. On Wednesday night, Bhavana Panday shared a super cute picture from Ananya’s childhood days. One of the pictures also features Ananya’s father and actor Chunky Panday. “2 days to go. Birthday girl, love you,” Bhavana captioned the post. In the comments section of the post, Ananya wrote: “Aww! That’s sweet.”

On Wednesday, Bhavana Pandey shared an adorable video of her daughter and she wrote in the caption: “Birthday girl! 3 days to go. Obsessed with the camera then and now. Love you.” This is the post we are referring to:

The actress was last seen in the film Khaali Peeli, opposite Ishaan Khatter. The film released on streaming platform ZeePlex. Ananya Panday has also signed a film opposite Deepika Padukone and Siddhant Chaturvedi, which will be backed by Karan Johar’s Dharma Productions. Other than films, Ananya Panday also has a digital social responsibility initiative called ‘So Positive,’ which she launched last year.