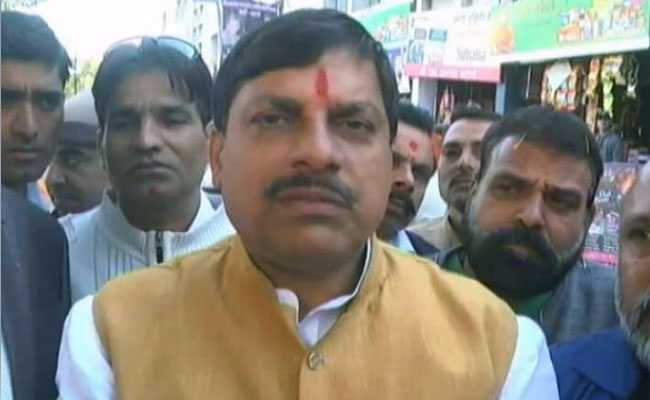 The Election Commission on Friday barred Madhya Pradesh minister Mohan Yadav from campaigning in the state bypolls for a day on October 31.

Twenty-eight seats in Madhya Pradesh will go for bypolls on November 3, for which canvassing is on. The campaigning ends on November 1 evening.

In its order, the poll panel said it was not satisfied with Mr Yadav’s response to its notice.

“The Commission is satisfied that the statements therein amount to use of intemperate language transgressing the limit of decency,” it said.

The notice stated, “The Election Commission hereby, reprimands you for violating the provisions of… General Conduct of Model Code of Conduct and use of intemperate language transgressing the limits of decency and expects that you, being an responsible political leader, shall not repeat such indecent utterances during election time.”