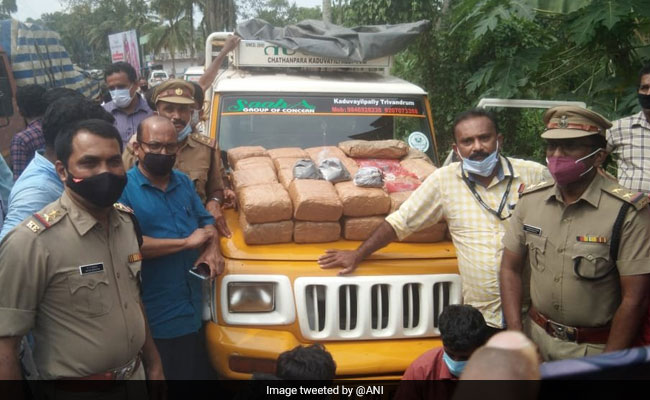 As per the Excise officials, four persons have been arrested.

Kerala State Excise Enforcement Squad on Thursday seized 100 kilograms of ganja and three kilograms of hashish oil worth around Rs 4 crores from two vehicles near Attingal in Thiruvananthapuram.

As per the Excise officials, four persons have been arrested.

The arrested accused are Riyaz and Jasim from Attingal, Faisal from Thrissur and Nias from Konni.

The drugs seized by a team led by Excise Circle Inspector T Anikumar, who is in charge of the Excise enforcement squad.