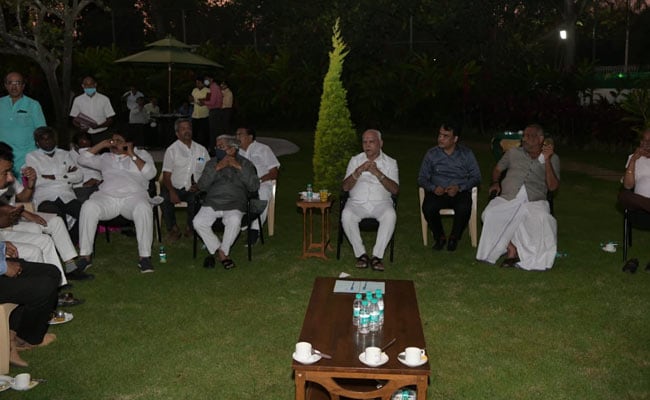 New session of the Karnataka legislative council is set to start in Bengaluru on Thursday.

High drama may set the tone for the Karnataka legislative council’s new session that is scheduled to start in Bengaluru tomorrow. The immediate focus of the upper house, where no party enjoys majority, is likely to be the posts of Chairperson and Deputy Chairperson.

The Chairman’s post is held by the Congress’ Pratap Chandra Shetty while that of the Deputy Chairperson fell vacant after SL Dharmegowda, of the JDS, reportedly died by suicide in late December.

In the last council session on December 15, distressing scenes unfolded as Congress MLAs dragged Mr Dharmegowda out of the Chairman’s seat he had occupied to preside over the Upper House.

With the election for his post scheduled for Friday, the ruling BJP plans to move a no-confidence motion against Mr Shetty maintaining that the Congress leader had no right to occupy the chair. The BJP and the JDS have an understanding in the Council over the no-confidence motion.

The 75-seat council has 31 members from the BJP, 29 from Congress, 12 from JDS and one independent, while one seat is vacant.

The Congress has condemned the move to push for a no-confidence motion.

“The JDS and the BJP have jointly moved a no-confidence motion against the Council Chairman. If they join together they will have a majority. They may be able to take the posts of the Chairman and Deputy Chairman. While the post of Chairman is not vacant, in all likelihood, Mr Shetty will give his resignation to the newly-elected deputy chairman,” Congress council member Prakash Rathod told NDTV.

Talking about the JDS’s move to join hands with the “communal” BJP, Mr Rathod said it reveals their opportunistic intention. “The JDS will lose the secular base they have in Karnataka,” he added.

However, the understanding between the BJP and the JDS may also face a test as the parties will have to decide who gets the post of the Chairperson and the Deputy Chairperson.