Donal Trump Says, Kamala Harris As President Would Be Terrible Thing For US, Women 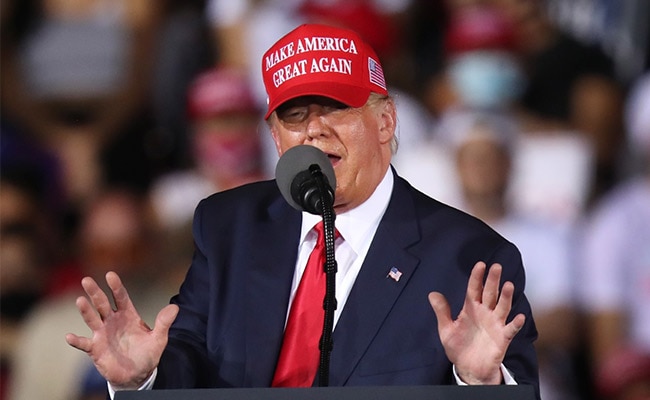 Trump, 74, is seeking his re-election in the presidential elections. (File)

Democratic vice presidential candidate Senator Kamala Harris becoming US president would be a “terrible thing” for both the country and women, President Donald Trump said on Tuesday as Americans were voting in one of the most divisive bitter presidential polls in decades.

Trump, 74, is seeking his re-election in the presidential elections. He is facing the toughest electoral battle of his life by the Democratic presidential candidate Joe Biden, 77, and his running mate Harris, 56. They are leading in opinion polls.

The Republican leader said that the US would never remain the same if Biden-Harris ticket are the winner. “Our country could never be the same country if they win, because they are radicalised left,” Trump said as he launched a scathing attack against Harris.

“Joe Biden will never call the shots and if he does, he’s not going to be there very long. He’s got a vice president who’s further left than (Senator) Bernie Sanders, who is not a particularly good person and she would be, I think, a terrible first representative,” Trump alleged.

Trump reiterated that Biden is beyond his prime time in life and he is having a tough time from the radicalised left of the Democratic party who have taken over the party.

“That’s a tough group to run and they would take the country into a terrible place. But Joe’s going to have a hard time. He’s not going to be able to handle them,” he claimed.

“Joe is having a very hard time. Joe Biden is not prime time. He never was, actually. But he’s not prime time. And he’s put in a very hard position. When you see all of the gaffes and all of the problems, this is something that — he shouldn’t be — when he says he’s — he’s a proud Democrat running for the US Senate and, you know, at first I thought he was joking, but he wasn’t joking. He’s done that a number of times,” he said, referring to many gaffes by Biden.