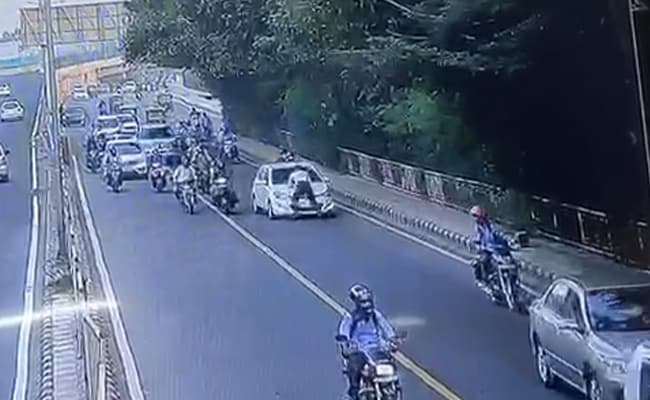 A traffic police personnel in Delhi was dragged on the bonnet of a car for several metres after he attempted to stop the vehicle for a traffic violation on a busy road in the national capital. The police personnel manages to hold onto the car as the driver of the car attempts to flee; he later falls on the road, his legs nearly missing the wheels of the hatchback driven by the offender as other vehicles drove past him.

#WATCH An on-duty Delhi Traffic Police personnel in Delhi’s Dhaula Kuan dragged on the bonnet of a car for few metres after he attempted to stop the vehicle for a traffic rule violation. The car driver was held later.(12.10.20) #Delhipic.twitter.com/R055WpBm8M

Cabinet Approves Bonus For Central Employees, Over 30 Lakh To Benefit