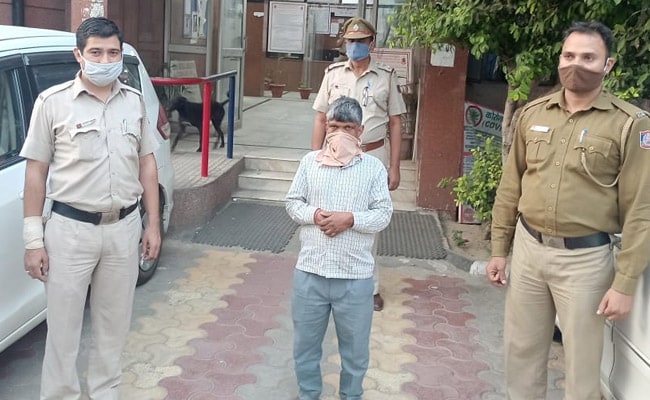 While Podar is a rickshaw puller, his wife is a beggar.

A 17-year-old girl was murdered in Delhi to cover up a rape attempt made by her maternal uncle on her, the police said on Monday. The victim lived in the national capital with her uncle and aunt, who killed her and hid the body in a bed-box, they added.

The incident took place in northeast Delhi’s Nandnagri area last month. The minor used to live with her uncle Vakeel Podar, 51, and his 45-year-old wife, and had been pursuing her studies in the national capital, police said.

The girl had been missing since October 23. On Monday, her decomposed body was found stuffed in a bed-box inside the couple’s house, police said.

The girl’s aunt – who is a beggar – had told the police in her statement that she didn’t find her niece at home when she returned after begging at 12:30 pm, October 23. She had claimed her husband told her that he left the girl at an orphanage in Uttar Pradesh’s Ghaziabad.

Police later found that no girl of the said name had been brought to the facility on October 23.

The police, during investigation, also noticed that Vakeel Podar had been missing, which provoked the suspicion of their involvement in the girl’s disappearance, Deputy Commissioner of Police (Northeast), Ved Prakash Surya, said.

The police later arrested Podar from a bus stand in Bihar. He was brought to Delhi on transit remand and produced before the court, the officer added.

“During interrogation, Podar said the victim was the daughter of his sister-in-law. He had tried to make physical relationship with her one month ago but she objected. When his wife came to know about the incident, she confronted him and they had a quarrel. Although Podar wanted the girl to stay with them, it was decided that she should be sent to the village, to which the victim refused since she wanted to pursue her studies and complete her education. On this, Podar and his wife had clashed several times,” Mr Surya said.

Later his wife, in a fit of rage, asked Podar to kill the girl, he said.

On October 23, Podar hit the girl with an iron rod while his wife stayed outside the house to keep vigil, police said. When she started bleeding, he wrapped her in a blanket till she died and then stuffed her body in the box of the bed. Both of them then washed the room and the iron rod, police said.

They had planned to dispose of the body but didn’t get an opportunity, the officer said, adding Podar had left Delhi to mislead the police.