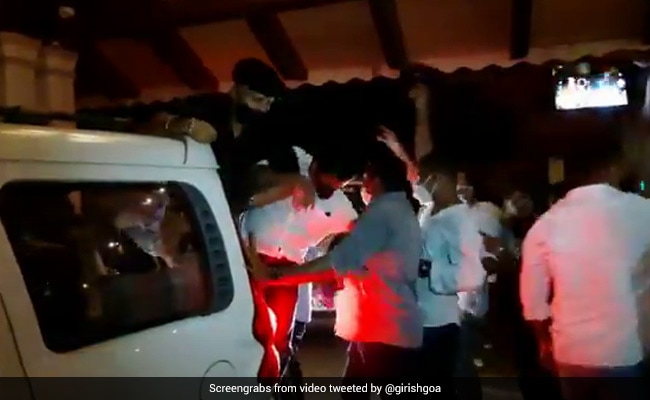 The leaders were detained and taken to a police station in Panaji.

Several Goa Congress leaders, including the pradesh committee vice president, were detained Friday night after they protested in the lobby of a hotel demanding they be allowed to meet Union Environment Minister Prakash Javadekar.

Mr Javadekar is in Goa to attend a series of meetings on the new farm bills Saturday. The Congress leaders reached the hotel around midnight and demanded to meet the Union minister over the Mahadayi river water dispute with Karnataka.

When the hotel management refused them permission, they sat on a protest in the lobby. Later, the leaders were detained and taken to a police station in Panaji.

Mr Mardolkar said the Congress delegation wanted to meet Javadekar to question him on the Central government’s “silence” over Mahadayi river water diversion by Karnataka.

“Javadekar has failed the State of Goa as far as interest of Mahadayi is concerned,” he said, claiming that the Union minister was also responsible for granting permissions for several environmentally hazardous projects, which were being opposed by people.

Responding to the incident, BJP Goa spokesperson Dattaprasad Naik tweeted, “Only CHORS (thieves) and dacoits do such things at midnight @INCGoa inspired by their national leader who was playing to the gallery at Hathras yesterday. @BJP4Goa strongly condemns such act by @INCGoa workers.