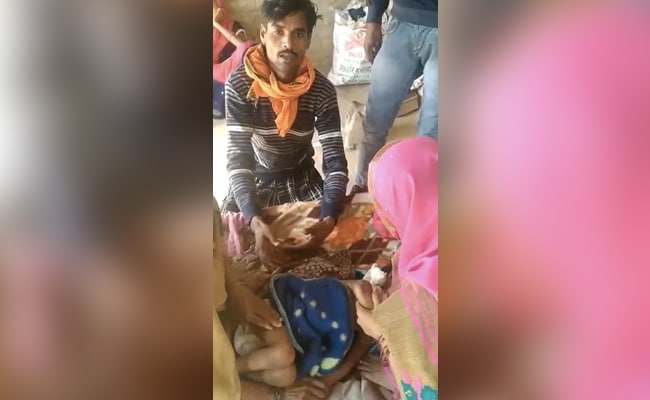 The parents allege that the doctors demanded Rs 5 lakh to attend to the girl.

A day after a three-year-old girl died outside a private Prayagraj Hospital, her surgical wounds allegedly left open and unattended because her family could not pay the bills, the national child rights body today stepped in to probe the matter. The Uttar Pradesh government, too, has ordered an inquiry in the incident, the disturbing video of which is now doing the rounds on several social media and messaging platforms.

News agency ANI has reported that the National Commission for Protection of Child Rights has asked for a factual action taken report in 24 hours and sought strict action against United Medicity Hospital and the doctors there if negligence on their part is proved.

The parents have alleged that the hospital authorities demanded Rs 5 lakh of them and, when they couldn’t pay up, discharged the child without even stitching up her surgical wounds. The hospital has denied this, though.

“A preliminary inquiry has revealed that the girl was admitted to the private hospital on February 16. She underwent an operation and then she was referred to SRM Hospital, but the parents took her to the children’s hospital instead,” Samar Bahadur, Additional Superintendent of Police, told media.

“She was treated there (children’s hospital), too, and then was brought back to this private hospital, but she died. We are getting a post mortem done,” he said.

The video of the girl and her parents, which has gone viral by now, shows the father explaining the situation even as the child writhes in pain, a pipe sticking out of her nose.

“After taking all the money, the doctor discharged her saying ‘it is beyond me now’. He demanded Rs 5 lakh. We gave him whatever he asked for. He asked for blood three times, we provided it,” he says in one such clip.

Another shows the father revealing the wound, swarmed by flies, for the video. A third reportedly has the child breathing its last at the hospital gates, the inconsolable parents holding her in their arms. The financially backward family reportedly hails from the neighbouring Kaushambi district.

The parents allege that the girl was turned away from the hospital after two stomach surgeries without even stitching up the wound.

The United Medicity Hospital has, however, denied the parents’ version. Officials there said the girl had not been in the hospital for at least three days before her death. Pramod Kumar, its medical director, told NDTV that the girl had spent up to 15 days there earlier before being referred to a specialised government facility. Her parents were charged only Rs 6,000 despite incurring a bill of Rs 1.2 lakh.