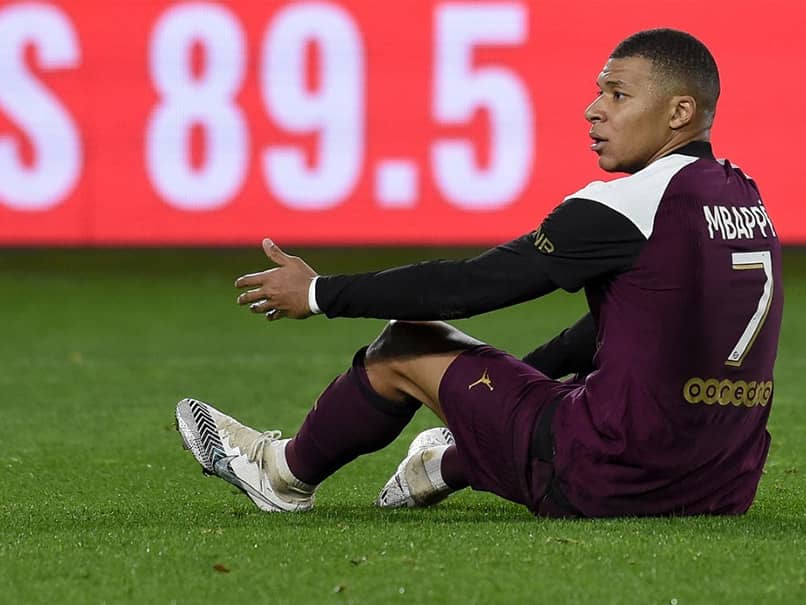 Kylian Mbappe has suffered a hamstring injury and will miss their Champions League game at RB Leipzig.© AFP


Paris Saint-Germain announced on Tuesday that Kylian Mbappe has suffered a hamstring injury and will miss their Champions League game at RB Leipzig. The French World Cup -winning forward’s last-minute defection is a significant blow for PSG with Neymar and Mauro Icardi already ruled out of Wednesday’s game in Germany. Thomas Tuchel’s side take on Leipzig playing catch-up in Group H after losing to Manchester United in their opening game. Mbappe scored a penalty in the league win over Nantes on Saturday before being withdrawn and heading straight down the tunnel clutching his right hamstring.

At the time Tuchel was unconcerned about the 21-year-old’s fitness for the Leipzig game.

“It is just fatigue. It’s not an injury,” the PSG manager said after the 3-0 win.

But medical tests have subsequently confirmed that the player is suffering “a right hamstring muscle problem”, PSG said.

Wednesday’s game is a rematch of August’s Champions League semi-final in Lisbon which PSG won 3-0 before losing to Bayern Munich in the final.