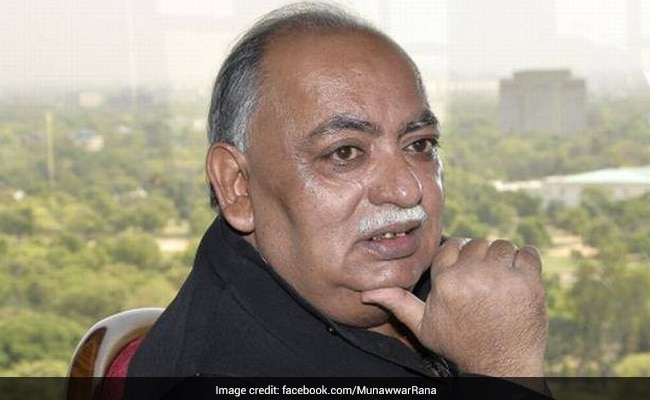 Renowned Urdu poet Munawwar Rana is facing a police case over his recent comments on the killings in France over Prophet Mohammed’s caricatures. According to the police case filed against him in Uttar Pradesh, he allegedly defended the murders in France.

The poet told NDTV his comments were taken out of context.

The complaint has been filed by a sub-inspector at Lucknow’s Hazratganj police station. The policeman said Mr Rana’s statements can lead to enmity between different groups on the grounds of religion and lead to a disruption in public order.

The poet, in an interview to a Hindi news channel, allegedly defended the murders that have sent shockwaves across the world.

“If someone makes such obscene cartoons about my father, about my mother then I will kill him. If in India someone makes such a cartoon about any God or Goddess, or Sita and Lord Ram, which is obscene, unfortunate and objectionable, and that leads to vulgarity, then I feel like I will kill that person,” Mr Rana had purportedly said.

The video clip of the 67-year-old poet’s comments was shared widely on social media.

“My statement was just this that whoever made the cartoon was wrong, whoever killed someone was even more wrong, this was my statement. But what people make of it I cannot say. My statement was in the context that spreading this fanaticism in the name of religion is not right,” the poet told NDTV.

In 2015, the poet had taken to television to return his Sahitya Akademi award along with a Rs 1 lakh prize and said he would never accept any government award in future. Participating in a televised debate with other writers and politicians, Mr Rana, a popular name in contemporary Urdu poetry, had said he had decided to return the award because he was disappointed with the developments in the country.

The recent killings in France, that started over two weeks ago with the beheading of a school teacher who had shown his students a cartoon of Prophet Mohammed for a class on free speech, has sparked outrage and rekindled the debate on where to draw the line when it comes to freedom of expression. The attacker was later killed by police. Three more people were killed last week in a church in a knife attack in Nice.

While many countries including India have strongly supported France in condemning the attacks, several Islamic countries like Turkey have called for boycott of French products over the caricatures.