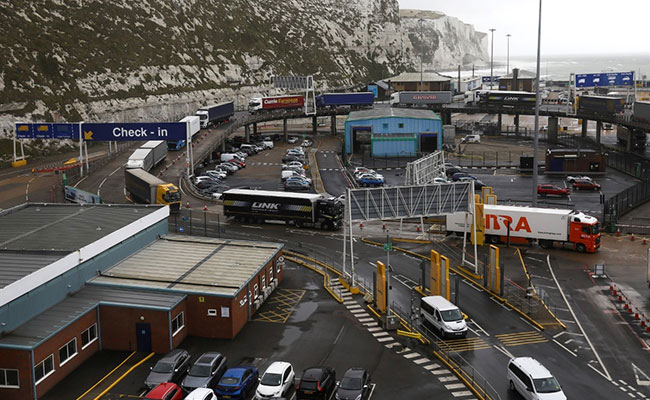 Millions of extra customs declarations will be required on goods crossing the border annually.

U.K. companies are turning to cheaper overseas labor to complete their post-Brexit customs paperwork, creating jobs in countries such as Romania and India due to a shortage of trained staff in Britain.

Anticipating a surge in demand for its services, Xpediator Plc, which handles freight flows for international companies, has been hiring workers in Romania. Dave Gladen, the firm’s group marketing manager, says the country has a deep pool of expertise in the EU’s customs rules because it only joined the bloc in 2007.

“It’s allowed us to get some great expertise, and obviously there’s a lower cost,” Gladen said in a telephone interview. “Salaries for customs clearance representatives in the U.K. have just escalated crazily.”

Britain’s logistics industry is having to find creative ways to be ready for a wave of bureaucracy that will hit on Jan 1., when commerce between the U.K. and its largest trading partner will be subject to new paperwork even if the two sides reach a free-trade agreement. Hundreds of millions of extra customs declarations will be required on goods crossing the border annually, at an estimated cost of 13 billion pounds ($17 billion).

Metro Shipping Ltd., which moves goods for some of Britain’s largest retailers and automotive companies, has taken on 17 extra staff in Chennai, India in recent weeks specifically to handle Brexit-related work. The Birmingham, England-based firm expects it will have to handle an extra 120,000 customs declarations annually.

“There’s nowhere near enough skill-set here to cover it,” said Grant Liddell, business development director at Metro, which stopped taking on new clients for Brexit in August because it was at capacity. “We have really geared up,” he said, noting he could hire six or seven staff in India for the price of one employee in the U.K.

For the government, a shortage of customs agents is one of the biggest threats that could disrupt trade with the EU after the end of the Brexit transition period. If companies don’t have the right paperwork, goods risk being held up at the border, potentially causing traffic chaos. Alternatively, businesses may decide not to trade with the EU at all if they cannot file the appropriate documents.

Officials are trying to mitigate the problem by offering grants to businesses to train customs staff, though success has been limited: of the 84 million pounds made available, less than a third had been paid out as of Oct. 16, according to the National Audit Office.

The Road Haulage Association, a lobby group, has estimated that the U.K. needs an extra 50,000 customs agents to cope with the added Brexit workload. The government has repeatedly declined to put a figure on how many have been trained.