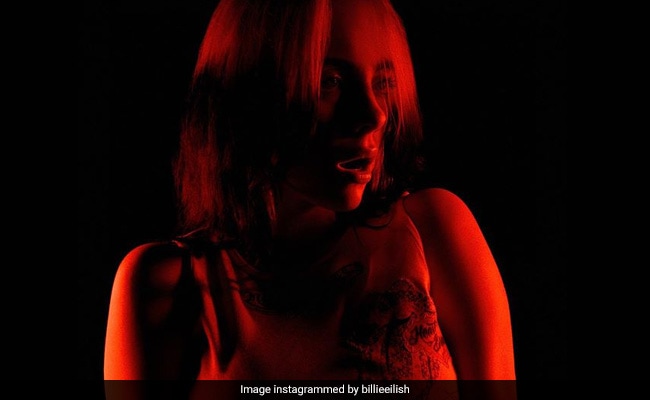 A picture shared by singer Billie Eilish on Instagram.

Billie Eilish has taken a stance against body shaming with two Instagram posts after a photo of the American singer was circulated online with distasteful comments and captions. The picture in question showed the 18-year-old wearing a tank top and shorts in stark departure from her usual baggy clothing. Some people shared the picture on social media with negative comments about the teenager’s body and weight – prompting swift backlash from fans. Several people defended Billie Eilish while criticising unrealistic beauty standards after the pics surfaced online.

The six-time Grammy-winning singer herself hit back with two Instagram posts. Billie Eilish shared a short video from Chizi Duru on Instagram stories one day ago where the YouTuber urged people to “Normalize real bodies” and reminded them that everything they see on Instagram is not real.

The story was followed up with an Instagram post that shows the singer wearing a tank top. “Do you really wanna go back in time?” she captioned the pic, seemingly posted in response to criticism directed towards her choice of clothing.

Billie Eilish shot to fame in 2015 with a song uploaded to SoundCloud. The Bad Guy singer has since broken multiple records since then, becoming the youngest album of the year winner in Grammy history.

“PM Modi Bows Before Migrants But Refused To Help Them”: Rahul Gandhi