BMW Motorrad WSBK Team Use 3D Printing At The Track

BMW Motorrad is using 3D printing to design and develop prototype components right at the race track to be tested during race days. 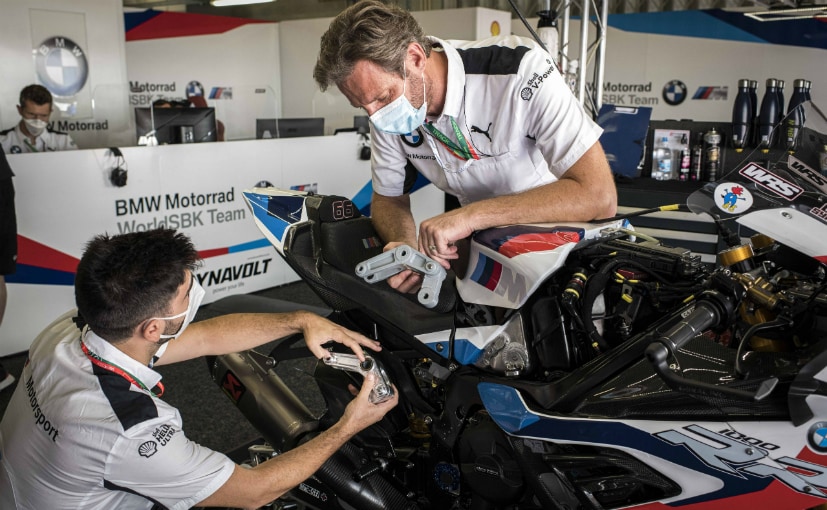 The BMW Motorrad World Superbike team has been producing new prototype components for the BMW S 1000 RR right at the circuit. BMW Motorrad Motorsport is using 3D printing to quickly make new prototype components which can be then tested on the BMW S 1000 RR before they go into final production. Normally, the process is that engineers develop new components, which are simulated on computers, manufactured in metal or carbon, installed on the motorcycle and then tested on the racetrack. However, with 3D printing, it has become possible to develop and test new components during race operations. BMW Motorrad Motorsport has a portable 3D printer that travels to each circuit and is then assembled in the BMW Motorrad WorldSBK Team pit area on race weekends.

Also Read: BMW Motorrad Global Sales Up 21 Per Cent In Third Quarter Of 2020 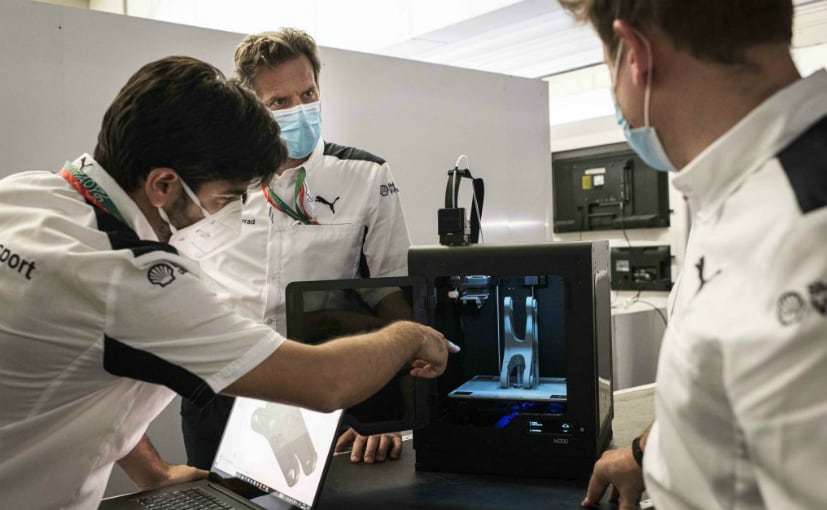 “This technology allows us to make improvements to the RR quickly and efficiently. The development of a WorldSBK bike is an ongoing process and it is often the minor details that make a motorbike better,” said BMW Motorrad Motorsport Director Marc Bongers.

“Behind the scenes, our engineers are always working on adjusting and optimising individual bike components, all within the framework of changes permitted by the regulations. We can use 3D printing to implement these at the racetrack, even during race events. We then take the acquired data and the subsequent analyses – combined with comments from the drivers or input from the mechanics working on the bike itself – and generate input for the development team. This input contributes to the emergence of ideas that can be implemented directly in existing constructions or in simulations and iterative processes that lead to new constructions, all of which are executed in CAD.

“The new components are printed as plastic variants and their functions and ease of installation are checked on the bike. This process is now much faster than when we had to wait until the parts were produced either internally or externally and made available for evaluation at the racetrack. It is also easier to evaluate potential touching with surrounding parts or restricted access than it would be on screen.” 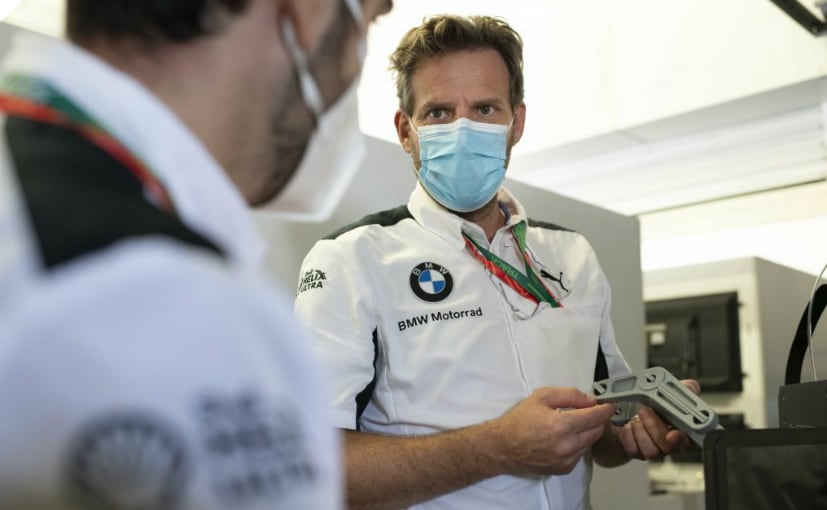 Making 3D printed parts has more than one advantage. If an adjustment is required, it can often be made to the existing plastic part and then implemented in CAD. The process can be swiftly repeated as often as required, until the part is 100 per cent accurate. First a dummy part is created for the component which can be directly evaluated and adjusted.

The team put the system to use at the recent WorldSBK at Jerez and Portimao, where the team needed to alter the rear shock absorber linkage to meet the demands of the undulating Algarve circuit. A prototype of the 3D-printed part was installed and tested. The final data was then sent to the supplier, who used the data to manufacture a new linkage system between the race days. A few days later, in time for the start of the next race weekend at Portimao, it was available for installation on the BMW S 1000 RR. If smaller components or spare parts, which are not subject to such extreme stresses, need to be manufactured, the complete process can take place on-site with the 3D printer.