BJP’s Jibe After Violence In Kolkata 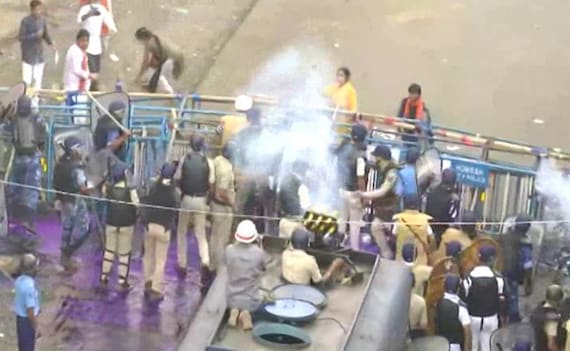 The top BJP leadership today blamed Chief  Minister Mamata Banerjee for the violence and clashes that swept across the city as the party held a protest march in violation of prohibitory orders banning large gatherings. Senior BJP leader and Union minster Ravi Shankar Prasad said despite Mamata Banerjee’s concerns about democracy, her government did not follow its tenets.

“Does your state have the right to protest or not? Protestors are murdered. Because the ground under your feet is shifting, because the BJP got 18 seats in Lok Sabha,” he said.

The violence that started outside the state secretariat “Nabanna” had spiralled, engulfing several spots in the city that resembled battle zones.

BJP workers and supporters clashed with police, hurling stones and blocking roads with burning tyres, to protest a string of killings of saffron party workers.

“There were more than 1 lakh people at the march and more than 1,500 party workers are injured,” Mr Prasad said.

Denouncing the violence in the state, Ravi Shankar Prasad said, “Will Mamata-ji stop the BJP’s expansion in Bengal with sticks and the brutality of the police? The people of Bengal want change”.

“There is a lot of uproar regarding BJP-ruled states but why the silence on Bengal?” he added.