BJP vs Trinamool Over Death Of Minor In Bengal Police Custody 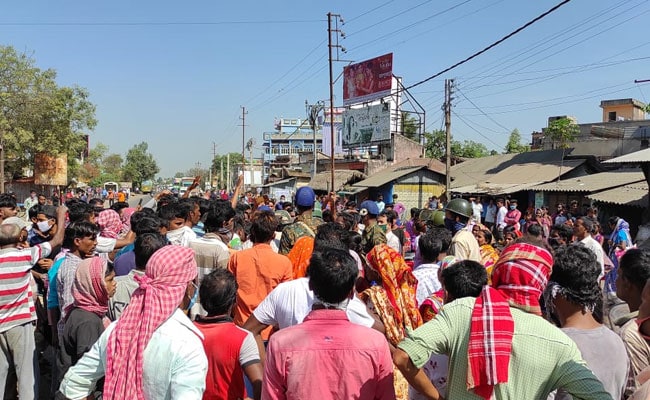 A 15-year-old boy arrested for a petty theft died in a police station on Thursday night in West Bengal’s Birbhum district. In its report the police said, hours after his arrest yesterday, he went to the toilet and died by suicide.

The BJP, which claimed the boy and his family were party supporters, said he had been tortured to death in police custody and blocked National Highway 14 for 3 hours on Friday at Mallarpur.

Before setting off for Mallarpur, BJP Yuva Morcha leader and MP Soumitra Khan called a 12-hour bandh in the area on Saturday.

Several Trinamool leaders were present when the body of the boy was cremated late afternoon. Ganesh Mehena, the boy’s father, who was present said, ” I am in Trinamool I will always stay in Trinamool. My son used to do some ‘nasha-bhang‘ (addiction) sometimes. He even committed theft once or twice. The police caught him. They may have given him a blow or two. We were brought here at night and saw our son had died by suicide.”

Asked if he would file a complaint against the police, the father said, “We have no complaint to make. Our son has died. What will I complain about?”

Police Superintendent of Birbhum, Shyam Singh, told NDTV, “There has been a case of custodial death at the police station. A judicial enquiry has been sought. A postmortem has been conducted by a 3-member team and all steps have been taken in accordance with the NHRC rules.”

Yesterday, the BJP had called a 12-hour bandh at Bagnan in Howrah district after the death of Kinkar Majhi, a party worker shot by an alleged Trinamool worker in September. Angry BJP workers had ransacked the house of the accused in the case.